People who are asking What’s New on Netflix for April 26th, here is your answer. These are the fresh arrivals, new releases on Netflix for 26th April 2022.

Before we enlist the new titles on Netflix on the 26th of April, we want to clarify that these are outside of the US. Because in the United States these releases were on 25th April 2022.

Due to the time differences, most of the other states got these on the 26th of 2022 April.

There are a total of 3 New releases, all are Movies

David Spade riffs on the humiliations of doctor visits, lemur season in paradise, falling for clickbait and the one selfie he can never get right. Duped and sold to a brothel, a young woman fearlessly reclaims her power, using underworld connections to preside over the world she was once a pawn in. While Po and his dad are visiting a secret panda village, an evil spirit threatens all of China, forcing Po to form an army out of the ragtag locals. 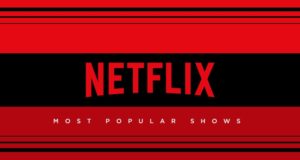