What’s New on Netflix for the 21st of April

Before we enlist the new titles on Netflix on the 21st of April, we want to clarify that these are outside of the US. Because in the United States these releases were on 20th April 2022.

Due to the time differences, most of the other states got these on the 21st of 2022 April.

There are a total of 5 New releases. 4 New TV Series and 1 movie are added.

He dined with the powerful. He preyed on the vulnerable. Beneath a smiling exterior was the horrifying darkness of a sadistic serial killer. Nadia keeps dying and reliving her 36th birthday party. She’s trapped in a surreal time loop — and staring down the barrel of her own mortality. A man hell-bent on exacting revenge on the organ trafficking organization that murdered his wife becomes involved with the woman who received her heart. A slacker who does his best to avoid confrontation strikes up an unlikely friendship with a dangerous thug who suddenly forces his way into his life. After disaster strikes Earth, a marine biologist on a submarine research mission must fight to survive with the crew as a conspiracy comes to light. 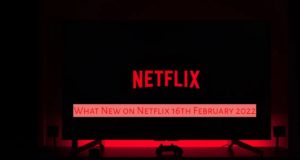