Twitter also stepped into the premium app field. Recently the social giant has launched their premium service by the name of Twitter blue which costs users 3$ a month.

Now regular twitter have a question which is usually. Why they should pay 3$ a month when they are using the same platforms for free. Is there anything special in Twitter Blue which worth this money. Although 3 USD is not a big amount but every penny matters you know!

Twitter is not as popular as Facebook, Instagram or Snapchat are. But, there is a lot number of people who keep themselves engaged on it. One thing which is notable that politicians, social activists, government institutes mostly use Twitter as compared to others. All the state official statements are announced on Twitter.

Obviously, everything had a price and if this is true then Twitter is surely giving you something premium against the cost. We are covering this tutorial on Twitter Blue. First learn, what is Twitter Blue and then check why should users pay 3$ for it.

Twitter Blue is the premium version of regular Twitter. It is more powerful, useful, and offers more features. This version targets regular and old Twitter users who are addicted to tweets for a long time.

Bookmarks are the common feature of web-based platforms. Mostly it is used as a browser. Here, users place the frequently visited web pages at the home screen. Although this feature is also present in the Free Twitter but not like as it is on Twitter Blue. 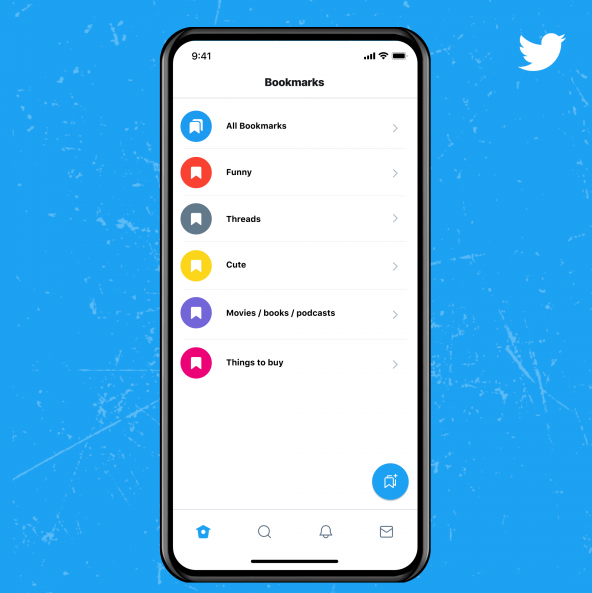 In the regular Twitter app, the Bookmarked Twitter appears in a general list or a Whole when you access the folder. You can’t search the tweets individually because there is no option. But, in Twitter Blue the app categorizes the whole tweets into their genres. Like if you bookmark a tweet that is sarcastic or funny the Twitter Blue will save it in Funny. If you bookmark a shopping tweet it will have its own title folder.

I think Twitter is the only social platform that lets you Undo things and give you some time to review your post. On other platforms, you have the option of Edit but that is after the posting.

In regular Twitter, if you want to change a posted Tweet, you have to delete and then retype and repost it. That’s the most irritating aspect of any social platform. 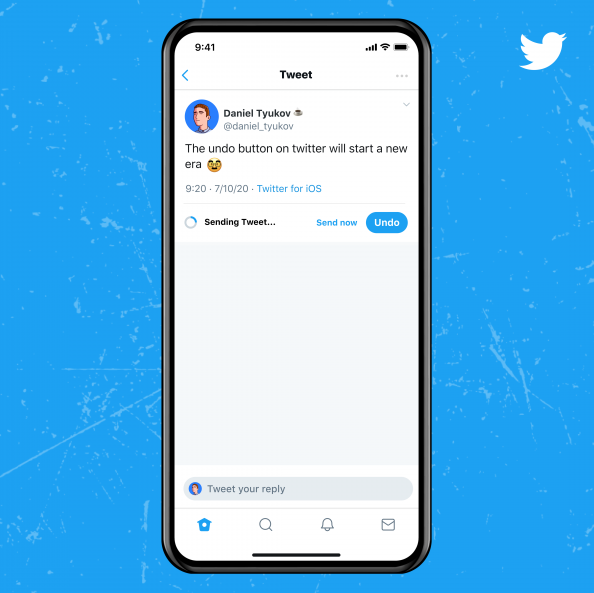 But, Twitter Blue finish this hurdle. When you write a Tweet and hit the button to publish it, it offers you Undo button which appears for a limited time, after the button disappears your tweet will successfully publish. The Undo button can appear for 30 seconds maximum if you change the settings. Basically, it’s just like previewing your tweet to find any typo.

This is another feature that justifies the 3$ for Twitter Blue.

Twitter Blue’s best offer is the reader mode. This mode is the biggest justification for the 3$ cost of Twitter Blue. 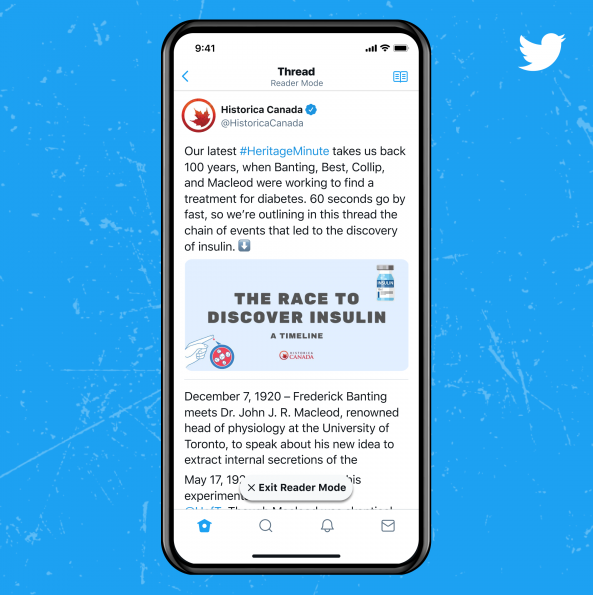 It’s usually things for Twitter users to create long threads when they have a lot to say. Reading these threads can be hard for you, so Twitter Blue has a “Reader Mode”.

Writers and Bloggers know how much its difficult to see the same blog screen for years. Everyday same page with the same style and color to write on. The same thing is for regular Twitter users, with the same blue and white theme. The only thing which you can change maximum is the dark mode.

Twitter Blue offers a bundle of themes and colors to stylize your Twitter screen. This feature keeps the interest alive on the app and doesn’t let users feel boredom or Old school. Users can also change the color of the Twitter app icon on their iPhone, iPad, or Android device.

This is probably the biggest question about Twitter Blue. Doe’s Twitter Blue Lets Tweet Edit? Well, the answer is No! The only option the users got in Twitter Blue is to Undo Tweets. This option gives Twitter Blue users up to 30 seconds for previewing to find a typo.

Once you tweeted you can’t edit it. Users have to delete the tweet and write it again that’s the only option. People have been asking Twitter for the ability to edit tweets for years but they don’t get it still.

It is very easy to sign-up on Twitter Blue. Actually, it is not a separate app it is just a package within the app. To activate Twitter Blue on your phone. 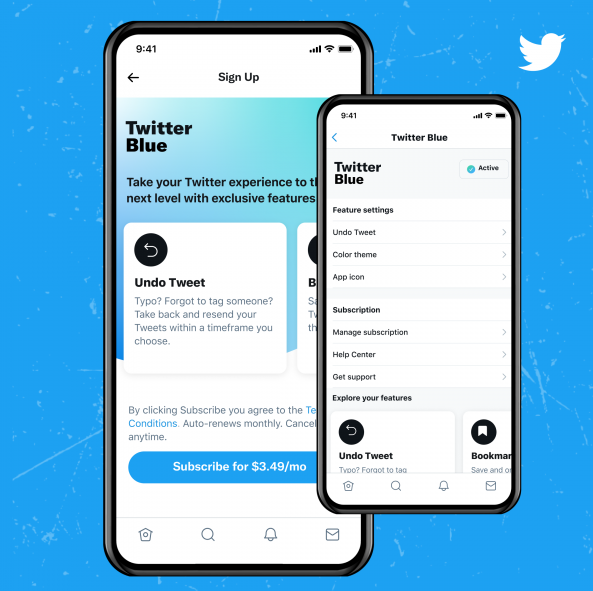 Open the regular Twitter app which you are using. Tap on the Hamburger Menu icon on the main home and look for “Twitter Blue” in the slide-out menu.

It is over a decade since Twitter stepped into this virtual world. After many years they launched a new service with the name Twitter Blue. If you are using a free service for more than 10 years. When it comes to paying it’s not a good thing to leave it halfway. Atleast all users try Twitter Blue once. The amount is so cheap easily affordable for anyone.

Twitter Blue is working in Canada and Australia from June 3, 2021. At the time of writing, Twitter has not shared a release timeline for Twitter Blue in U.S. Twitter Blue costs $3 USD per month. That roughly equates to $3.49 in Canada and $4.49 in Australia. Only one subscription option with no hidden tiers or charges. 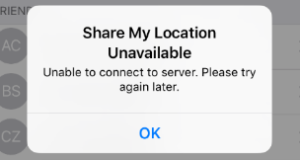