Learn how to install and use VLC Media Player on Amazon Fire TV Stick? Dish and Antena is now a matter of old time. After that, we got the Dish TV and that trend is also diminishing now. Now it is the trend of compact television devices like Amazon Fire TV, Google Chromecast TV, and others. Among these Amazon Fire TV is the best in performance and cost, that’s why people love it. Apart from all features, there is a thing which Amazon Fire TV lacks and that is a good media player.

Why VLC Media Player is Important?

If we see the list of best video players or media players then VLC is undoubtfully at the top. This software is running from the times of Windows 7. For 2 decades, there is complain about this software’s performance, stability, compatibility, and more. This is not the stock video player for any operating system or device. But luckily we got it as a third-party video player compatible with almost all popular operating systems and TV devices.

There are many qualities which VLC Media player. The most important feature of this media player is the format support. VLC media offers a lot of formats support including MPEG-2, MPEG-4, MKV, H.264, WMV, and MP3. The main attraction is that VLC Media Player doesn’t cost a single penny. It is free from installation to usage.

Here are the steps through which you can install VLC Media Player on Amazon Fire TV Stick from Amazon App Store.

Second Step: Choose the Find option and then select Search. 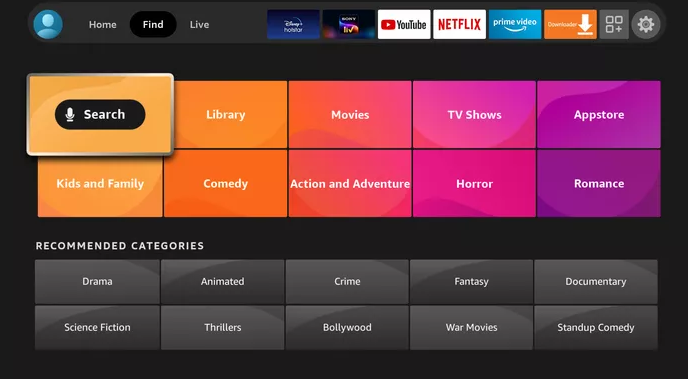 Third Step: Type the VLC Media Player using the Virtual Keyboard on TV. Or, if you have Alexa Support that you can search VLC on Fire TV using the Voice Command too. 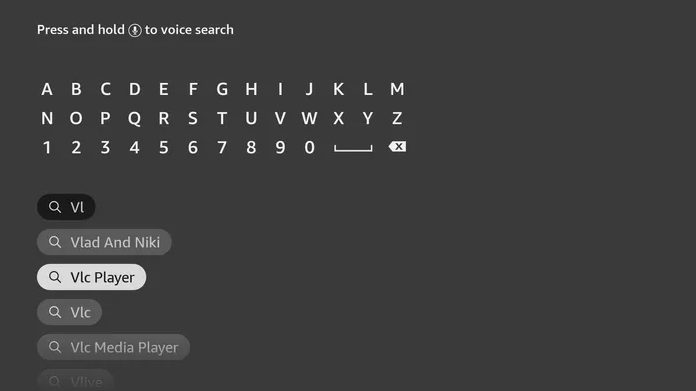 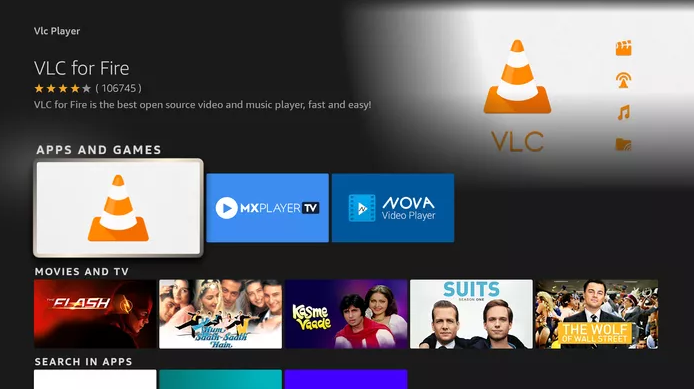 Fifth Step: Choose the VLC Media Player among other apps. Remember the icon of the original VLC is a famous Orange Traffic Cone.

Sixth Step: Click on get from the following Menu. Within two or three minutes, the VLC Media Player download on Amazon Fire TV will complete.

As the Fire TV Stick is based on Android OS So, users also have the option of installing VLC APK on Amazon Fire TV. But, there is no need for APK as the app is officially available on the network.

Users can easily place the VLC media Player at Amazon Fire TV Home for quick access. To do so, users need to change some stock settings on Fire TV. Here is the procedure to keep VLC at Fire tv home and also make it the default video player.

Remember at the Fire TV new UI users are allowed to keep 6 apps on the home screen. So, if you already fulfilled the limit then removing one from 6 apps from home on Amazon Fire TV is compulsory. 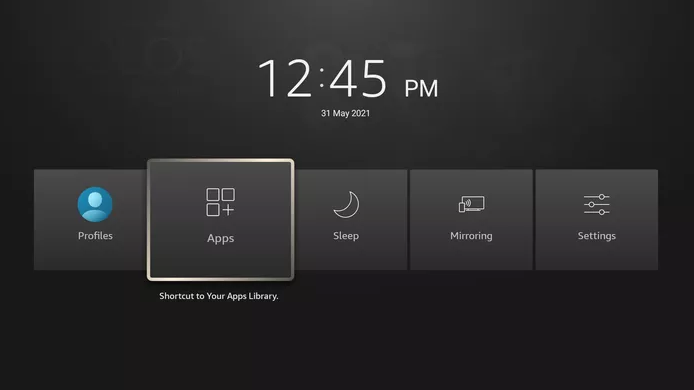 Second Step: Scroll down to the VLC app.

Fourth Step: On the Side Menu Select Move. 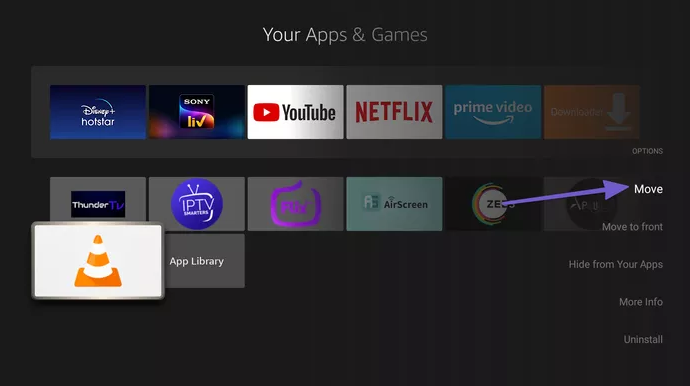 Fifth Step: Move the VLC App to the top and then press OK. 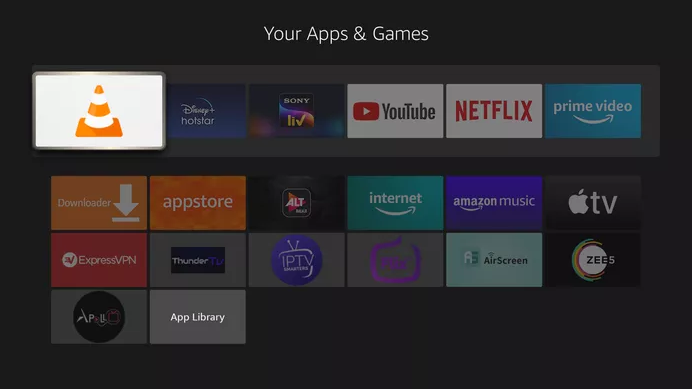 We always recommend using Stock Apps instead of a third party. But, in the case of VLC, our opinion is different. Our whole team is using the VLC media player on a computer and some on Fire TV too for many years. VLC Media Player is the best in the genre and there is no doubt in that. Never ever saw any prominent complaint or major issue while using or reading about it. Surely VLC is the best Media Player for Fire TV. Please share our article “How to install VLC Media Player on Amazon Fire TV Stick” with other Fire TV stick users too.

How to Fix the Issue When YouTube is Not Working on... 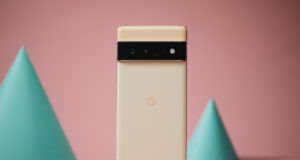