People who have a fresh memory of the recent US election may remember the Parler App. You can say Truth Social is the new Parler. This is such a unique social platform that you may never heard of before.

On this social platform, only one person will share the opinion and other people can comment on it, that’s it! Do you know who that one person is? None other than the controversial Bae Donald Trump. Yes! this specific social platform is developed specifically for his self claimed non-royal highness. Here, he will interact with these followers.

Obviously, he can’t live without giving at least a controversial statement every day. He can’t sleep if he didn’t become part of the News. I Guess Truth Social Platform will be a good deal for the home.

Truth social app is facing difficulties in getting approved and accepted by official app stores. Here are some of the authentic news by the most authentic sources on the Internet.

Trump’s plaything Truth Social is reportedly about to collapse. Why am I not surprised?

Importance Notice:  If any user failed to get Truth Social on Google Play Store! Try the Truth Social APK from the trustworthy Apk providers like uptodown.com or Apkpure.com

How to use Truth Social App Outside US

As we already punched information above “Truth Social is in the US only”. If we want to use TruthSocial Outside US, Obviously we need to do something about it.

Maybe we can use Truth Social outside the USA?

Are you wondering what we are trying to say? We are saying you may be outside the US but your smartphone will virtually remain in the US. Through this, You can use Truth Social anywhere in the world.

We need an authentic VPN app that can connect our device with the US Location. You have a bundle of options in the VPNs that are good in services and performance. We are continuing ProtonVPN to use Truth Social Outside America. After account registration, you will see a list of servers from the left pane. Look for the United State or the US from the list. Under the country name, you will have hundreds of servers, choose anyone. Once the connection gets established you can open and use Truth Social Outside US. Only a few servers are available for free in Proton VPN. If someone has more servers with high-speed unblocking, ProtonVPN paid services are a must-have. That’s how users can use Truth Social App Outside the US. The only iOS app is available, the Android version of Truth Social is on the way.

Restriction on the Truth Social!

There are 2 restrictions on the Truth Social App. One only people in the US Will be able to use the Social Truth app. Secondly, people outside the US can’t even access the website, content is apart.

If we travel back to the past, we saw the same thing in the Parler app but that was only geo-restricted in posting stuff outside of the US. In Truth Social, the app is completely dedicated to the people inside the united states only.

Even if Trump is on a foreign tour he can’t use Truth Social without the trick we are going to the write-down below.

We choose ProtonVPN to use Truth Social Outside of the US. Because it is one of only a few VPN apps that are premium but keeping a few servers of each country for free.

If Someone wants to use a proper and high-end VPN service then we highly recommend Nord. Users will literally get more than 500 US Servers on Nordvpn.

Through NordVPN, anyone can use Truth Social App Outside US. 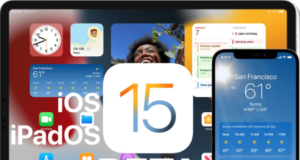 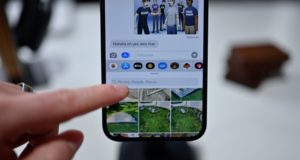 Photo Collection In Messages – iPhone & iPad – How To