Are you single who is looking to find a partner who shares your passion for movies?

It can be easy to find hookups – you must register with a website or download the app, then start flirting.

But choosing the perfect movie can be tricky once you’ve connected with someone special.

What could be more romantic than snuggling on a couch with your significant other, with refreshments to hand, and the Netflix menu at your disposal?

How about choosing a romantic movie that will perfectly capture the mood?

So, you’ve stacked up on popcorn and drinks, and decide who’s in charge of the remote. The only thing left to consider is which film.

So how about five of the most recommended?

Top 5 Best Romantic Netflix Movies to watch with your S/O:

Set in Australia, Lola, a wine-producing executive from LA (Victoria Justice) has launched a solo venture and is keen to grab an influential client, Max (Adam Demos).

So she travels across the Pacific to Australia, where she soon finds herself having to prove her worth by settling into employment at the cocky client’s sheep farm.

The plot might be a little predictable – smart US girl meets a hunky guy from a different culture, they clash at first, while Cupid is merrily sharpening his arrow for a direct hit – but the chemistry between the leads is enough to cause your own heart to swell on your date night.

Somehow there’s something instantly fiery about Spanish romantic dramas! Here, Racquel (Clara Galle) is struggling to relate her life story to a classroom.

She knows she has an important story to tell, but her resolve is fighting a losing battle against her shyness. We then rewind to see the bigger picture and see the interesting dynamic between Racquel and her neighbors,

The Hidalgos, who runs a hugely influential company housed in a striking Barcelona building. There are three Hidalgo brothers, each with unique character traits, and all heirs to the family dynasty.

There follows an intriguing storyline as our central protagonist explores the romantic possibilities.

The opening scene of this romantic movie will capture your attention immediately.

In the aftermath of a road accident, two teenagers are sprawled on the road.

The female, Tessa (Joey King) is barely breathing, while the male, Skylar (Kyle Allen) doesn’t appear to be alive. Tessa comes to in hospital.

A flashback reveals Tessa being encouraged to apply to photography college and then getting close to Skylar.

We are then introduced to the ‘In Between’ by Shannon (Celeste O’Connor) a fantastical window in time where someone who has died recently has one last chance to say a proper farewell.

As science-fiction/romantic crossovers go, this is one movie guaranteed to pluck your heartstrings!

This Netflix offering is a bit grittier than much of the more saccharine output falling into the romantic genre.

We meet Ava (Claire Rushbrook), a woman who has had to live with the fallout of an abusive relationship on a tough council estate in Bradford, Northern England.

Her path crosses with a landlord, Ali (Adeel Akhtar), who has faced his relationship issues. At first, the couple doesn’t appear to be well matched, given their differing backgrounds.

However, the course of true love has a habit of being able to negotiate even the most difficult obstacles.

A movie by respected director Francis Lee, Ammonite (actually a type of fossilized prehistoric shellfish) is centered on the world of paleontology.

Inspired by the real-life fossil investigator Mary Anning, Kate Winslet gives one of her customary strong performances as a paleontologist who runs a small shop in Dorset, on England’s southwest coastline.

Romance blossoms between Mary and a younger girl, Charlotte, at a time (the 1840s) when same-sex encounters were taboo. 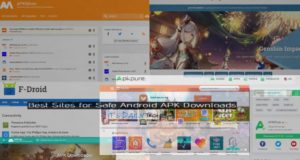