Frustrated by the PS4 Lagging and Freezing issue? Don’t want your PlayStation 4 games to lag during gameplay? You can read this article to learn the fixes required to bypass this problem. I will introduce you to a bunch of workarounds that’ll help you fix PS4 lag within a couple of minutes.

How Do I Fix PS4 Lagging and Freezing?

Your PS4 disc may be the reason why you are facing lags during gameplay. But if it’s ok, there can be a lot of other reasons like junk files, corrupted firmware, poor internet connection, messy database, etc. So it would be best to perform operations that would help you fix PS4 Lagging and Freezing.

If there’s anything wrong with your device’s hard drive, you’ll not be allowed to make the most out of it. In some cases, the data on a hard drive is filled with junk files. And users forget about checking the free space on their hard drive. That’s why the drives start to respond laggy and users start to get critical errors like PS4 lags.

So for starters, check the free space on PS4’s hard drive. If it is filled with a bunch of unnecessary game files, remove the unwanted files to make free space. Do ensure that you only delete the files that are of no use to you. Else, you also have the option of replacing the old hard drive with a new one.

If you are willing to attach a new hard drive, remove the old drive carefully and remember to attach the new one with your undivided attention. And, after installing the new drive, install the new system software on it.

If your PS4 doesn’t have enough free space, it’ll not work properly. Most of the time users think that some MBs of free space are enough for running high-end games. But that’s the case because PS4 or any console needs some extra space, so it could run background processes properly.

In case you are facing PS4 Lagging and Freezing error in a specific game, you need to navigate to the Applications tab. From there, select the problematic game and clear its data.

Lots of game files are saved in the database of PS4. So it’s a possibility that your fully-filled database is causing your PS4 games to lag. In that case, you need to reestablish the database to boost the gaming performance of PlayStation 4 games.

A messed-up firmware can lag a lot and can be a huge cause of the PS4 Lagging and Freezing issue. And updating the firmware will also be of great help to fix the corrupted files from PS4 firmware.

That’s all, thanks for your time spent reading How To Fix PS4 Lagging and Freezing at itsDailyTech. How to Fix “The sign in request has expired” on Steam... 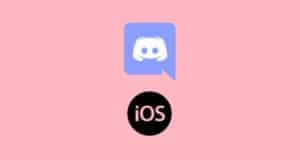 How to Fix “This server’s content is unavailable on iOS” on...