If you are a fan of Witches movies, then you are at the right place. Here you will find the Best Witches Movies on Netflix.

These are my personal favorite witch movies that I have seen many times.

All of these movies are available on Netflix.

Not everyone is a fan of horror movies. But believe it or not, these movies are fun to watch.

My list is consist of all-time best witch movies and you can also get a chance to see some of the classic horror movies from the 90s.

Snow White and the Huntsman:

The Witch: The Subversion:

Earwig and the Witch:

A movie made on a story of two sisters that were separated when they were little.

After many years finally they reunite and they start discovering their magic abilities.

Moreover, since these two have magic powers they have another job.

Using their powers they have to save the world from the dark forces and also their mother.

Another awesome witch movie as per my taste.

Not only my taste. The Ritual has a very good rating too.

They get back together after the death of one of their friends.

In order to find out what is happening they travel through a mysterious world.

A wrong decision causes them a lot of trouble and because of that, they have to fight an evil force.

Earwig and the Witch:

This movie is about a girl who is a witch and orphan.

But at the start, she doesn’t know anything about it.

She was adopted by a mysterious couple and they force her to do labor.

Until one day she finds the truth about her.

This movie is my personal best movie of all time.

The Witches has a storyline that revolves around a young boy. Who comes to live with her grandma.

The boy’s grandma was sick, so she thought why not spend her fortune and enjoy a luxurious holiday with his grandson?

When they arrive at their destination, they encounter a herd of witches who are living among the humans in disguise.

These witches were planning a grand scheme and the boy and his friends are the only ones who can stop them.

I Can go on and tell you the whole story.

But I will not.

You need to watch this one.

This movie is about four girls, who are witches.

At the start of the movie, three girls (Frankie, Tabby, and Lourdes)  are searching for a fourth member for their secret coven.

A new girl joined the school and all three girls persuade her at joining their coven.

After performing a ritual, the fourth girl got the powers of a witch that she was unable to control at first.

See the movie, you will enjoy it.

I don’t find NightBooks as an awesome movie.

But when it comes to rating, it seems people find it interesting and they watch it.

NightBooks is good but not awesome on my list.

The Storyline of NightBooks is about a guy who has to tell a terrifying story every night.

Otherwise, he will be locked in a wicked witch apartment with a new guy.

So basically, he has to tell a story every night in the movie.

Everyone knows Hansel and Gretel from their childhood. Secret Magic Control Agency story is based on two Magic Control operatives.

Their mission is to control all magical activities.

The Witch: The Subversion:

The Witch: The Subversion is a Koren action horror movie. This movie is about a girl named Ja-Yoon.

Ja-Yoon was a child and she was a part of the secret Government research program.

But she fled from there and after 10 years she came on national TV.

Once her face was all over the TV, her old acquaintances makes her life living hell.

I have no words to explain how good The Conjuring is. This is the movie you called a pure horror movie.

I have seen all the parts but the first part is still the best. The storyline is perfect and it’s based on true events.

The lead characters are also real-life persons named as Ed and Lorraine Warren.

They helped a family, they bought a house, and the little they knew.

That house was haunted and very bad things happened there. An Evil soul was living there, It took control of the mother and was planning to Kill one of her children, their little girl.

The Conjuring is among the best of the best. I have to suggest to someone a witch movie that they can watch on Netflix, it will be the one.

Snow White and the Huntsman:

This movie doesn’t need any introductions.

We have heard this story numerous times in our childhood and Snow White and the Huntsman movie carries the same storyline.

An evil queen so obsessed with becoming the most beautiful of all. Tires everything in her hand to use magic and stole the souls of young girls.

The princess who was trapped in a tower manages to escape.

In order to bring her back, the queen’s guards and her brother hire a huntsman to track her, and when he finally does.

He got to know that the queen is playing him a fool. So he turned his back on the queen and help snow-white escape.

A worth-watching witch movie, you should give it a try.

A movie in which an old guy is a monster hunter and he saved his kingdom so many times from different monsters, witches, and more.

Now his time has come and he wants to pass the torch to a worthy successor.

He traveled around and found a young farmer, believing that he can carry his sword and eliminates all the threats.

The young boy starts his training and in the meantime, there are a pack of witches who wants to destroy all of humanity.

So seems interesting? It is.

I watched this movie at my friend’s suggestion, not quite a fan but the storyline is amazing.

The story is about a Mexican American journalist named Cristina Lopez.

When I started watching this movie it was a bit boring but as the story continues, it started getting interested.

I mean the lead character Cristina Lopez was held captive against her will.

Because a witch doctor thinks that she is possessed by a demon from Veracruz jungles.

First, her plan was to escape and save her but once things started to ravel.

Her priorities changed, instead of saving her life, she has to fight to save her soul.

A girl mysteriously disappeared in a forest of Maryland’s Black Hills.

Her brother and his friends make a plan and they went to Maryland’s Black Hills forest in order to find out what has happened to his sister.

All of the people from that town think that his sister gone missing has something to do with the Blair Witch legend.

At the start all of his friends were optimistic and they don’t believe in such legends and all.

However, once they started going deep into the forest, they came to realize that the Blair Witch legend is true.

So for more, you need to watch the movie.

You will enjoy it.

That’s all for today. These were my personal favorite Witches movies that you can watch on Netflix. 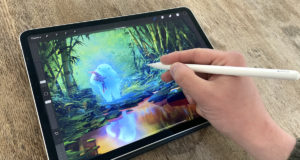