A simple guide that acknowledges you on how to Mirror PC, Android, or iPhone on Hisense Roku TV. A large number of Hisense Smart TV users as well as Roku love the collaboration of both devices.

So, we thought many new beginners will want to know about the device mirroring on Hisense Roku TV.

It depends on which Roku Device version you are using and which Hisense Smart TV you have.

There are a lot of cool features that users get from joining both devices. Screen Mirroring is one of the most prominent among them.

By screen mirroring your PC, Android, or iPhone with Roku Hisense Smart TV, users can stream the content across the devices.

The biggest benefit is streaming content on the big screen, so you can enjoy wedding/event videos and pictures with family or friends comfortably.

This option may or may not be available on All Hisense Smart TVs or the lackness can be on Roku End. Anyhow as far as we know you can Mirror PC, Android, or iPhone on Hisense Roku TV. Here are the methods for each OS to do so, Make sure that your Hisense Roku TV and your Android phone must be connected to the same Wi-Fi network. Otherwise, the connection across devices can’t establish.

Make sure that your Hisense Roku TV and your iPhone must be connected to the same Wi-Fi network.

Note: Apple Screen mirroring is something different from Android. There is no direct option like screen mirroring but you can display Apple Gallery content on the screen using the Airplay feature. If you want to stream third-party app content on Hisense Roku TV through iPhone, you probably have to install an app like Miracast, Allcast, and Roku Screen Mirroring + Cast on iPhone.

About the Hisense Smart TV

Hisense is one of the world’s leading TV manufacturers and has been innovating in the video industry for more than 30 years.

The company is a global Fortune 500 enterprise, operating in over 100 countries with more than 60 manufacturing facilities across China, Japan, and Europe.

Its success stems from its commitment to providing consumers with high-quality products at competitive prices. They are one of the Best Smart TV manufacturers ever.

Roku TV is all about making the TV experience simple, straightforward, and easy to use. That’s why we’re very excited to introduce the Roku Voice Remote with Voice Search capability on selective models of Hisense televisions. 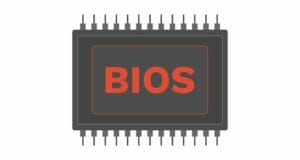 How to Reset BIOS to Default Settings [2022] 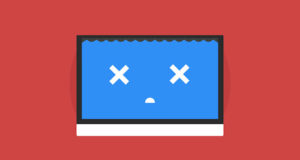 Fix: The Site Ahead Contains Harmful Programs in Chrome