iOS 16 brings a lot of new changes with some cool features in the Photos app. We are bringing a few of the iPhone Photos app features that are newly added in the iOS 16 update.

Maybe you will not need to install third-party photo and video editors to edit your media files now. Alto of new option related to editing added in the stock iOS photos app.

Let’s have a look at the Cool Features Of the iOS 16 Photos App on iPhones.

Copy/Paste Edits to Other Media files

Among the top new cool features of the iOS photos app, there is another cool feature. Through this feature, you can copy and paste edits to your other photos or videos.

If you edit a photo or video and want to implement some changes into other photos and videos, you just need to copy the edit and paste it onto the other one.

That’s how you do it:

1. Visit the photos app and open the media file that you want to edit.

2. Make the necessary edits that you want to do.

3. After editing, tap on the ellipsis button (three dots icon) at the top right. Afterward, tap on the Copy Edits option on the menu.

4. Now open the other photo or video on which you want to apply the same changes.

Tap on the Ellipsis icon and select the paste edits option.

Another cool feature of the iOS 16 photos app is the undo and redo edits.

For example, you edit one aspect of the photo and video but you changed your mind. Tap on the Undo icon and it will revert the changes.

Again you changed your mind and want to keep the edits! Tap on the Redo option and it will again resume the last edits on pictures and videos.

Alternatively, you can simply select the Revert to Original option, it will restore the picture just like you downloaded or captured it.

Delete duplicated is not a new feature for Android users but for iOS users this surely is! Through this iOS 16 feature, you can identify and delete duplicate photos in one Go. It may not identify videos sometimes but it surely does in photos.

In the iOS 16 Photos App Albums option, you will see a folder named duplicate if found any.

Each of these groups in Duplicates Album houses a Merge button. If you wish to merge duplicate photos in a group, tap on the Merge option and click on Merge X Items again.

This feature is just like Adobe Photoshop and VFX editors. Our favorite feature in the iOS 16 App. The Subject Extraction feature supports both images and videos.

Using this feature you can extract any subject you want without complex editing, it will easily extract using AI technology.

That’s how it works!

After pausing long tap and hold on to the subject in the video. You will see the subject will light up. Now select the option of copy and share, and select the app where you want to share it with another person.

Alternatively, using your other finger open the app where you want to paste it.

This trick works with both images and videos and lets you extract subjects without delving into complex editing.

Apple brought brings biometric locking (Face ID or Touch ID) on the Hidden album in iOS 16. It lets you lock the hidden and recently deleted items where you can keep your most personal photos and videos. Apart from you, no one can access them.

It is the stock option and enabled by default in iOS 16. In case you didn’t have it enabled yet! you need to go to the Photos App in Settings and toggle on the switch of “use face ID”.

Here’s how you can do it:

1. Tap on the settings app.

3. Toggle on the switch next to Use Face ID (or Use Touch ID).

Now whenever you will try to open the hidden folders or recently deleted albums, you will have to authenticate biometrically.

Another iOS update and another cool feature are here. When you sync photos with iCloud, it allows creating a shared complete photo library with your friends. The other person must have an activated iCloud Account. They can only see the stuff from your library that you will show them.

Artificial Intelligence at its finest. You can sort the photos inside the iOS stick photos app using the Name of the person. In iOS 16, there is an ability to sort the order in which people appear inside the People album through the name. 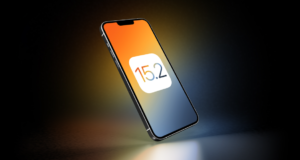 Why Cant I See Repair History On My iPhone? How to...