Apple has finally released iPad OS 15 & iOS 15 Public Beta. Users who are enrolled in the public Beta testing program can now download Apple’s latest software. This is the first public Beta software for iOS 15 and iPad OS 15. Users can enjoy all the latest features offered in iOS 15 before the official release of this software for the general public.

What is the difference between Developer beta and public beta

Note: Before installing Beta software or downgrading your Apple devices. Make sure that your device is backed up by using iCloud, Finder, or iTunes. Also, learn about the features of iOS 15 Public Beta. 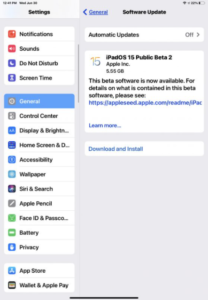 The size of this Beta is around 5.55 GB. So you must have at least 6 GB of free storage on your device. Once the download is completed you can install it on your Apple device. Moreover, your device will need to reboot again for the installation to complete.

I know you guys might be confused after seeing the screenshot that I have added above. The software version label reads as “iOS 15 Public Beta 2″ and iPad OS 15 Public Beta 2” respectively. This is not the second version of the public Beta. Apple has only named it public Beta 2, to keep the version naming in sequence with the developer public beta version.

Moreover, you are expected to face some bugs and issues. However, you can report these issues to Apple so the developers can fix the issue. If you are facing a lot of bugs then you can downgrade to iOS 14.6 if you desire. However, make sure that you don’t back up your device on iOS 15, or you won’t be able to get your data back on iOS 14.6.

Also, learn the method to Install Beta Profiles on your device without using a Developer account.

This is all Thank You for your time, and keep supporting ItsDailyTech. 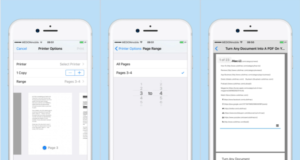 How To Convert Photo To PDF On iPhone & iPad 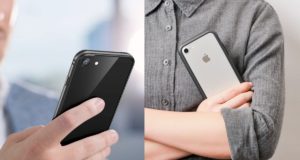