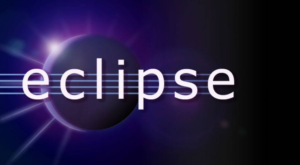 Ecplise IDE is an open-source Integrated Development Environment in computer programming. It can be used to write and test lengthy codes in Java and C++. Gladly, it can be installed on Ubuntu computers by following a simple procedure.

How Do I Install Eclipse on Ubuntu?

To tell you the truth, Ecplise can be installed from the built-in repository store. But certainly, its latest version isn’t available in the list of available repositories. So a user has to go under various processes to install the latest version of Eclipse IDE on Ubuntu.

Users do need to install a Java runtime environment to fully benefit from Ecplise IDE. So it’s better to install an open-source Java version because it’s easy to configure. You need to execute simple commands, which I have written below:

For now, the latest version is OpenJDK 17, which you can install by executing the following commands:

To verify and validate the installed Java version:

Now you have successfully installed OpenJDK and Java JRE, you can install Eclipse IDE.

Snaps provide convenience for Linux users who are unable to get their desired software from the repository store. The programs you install through Snaps are automatically updated and you can also roll back the updated versions whenever you want to.

Thereafter, you can simply launch Eclipse from the Activities section or Ubuntu Terminal.

For users who want a fully configured installation, they can benefit from the manual procedure. This way, they can download the latest version manually and install it according to their computer programming requirements.

Click here to download Eclipse Installer from the official website. And while you are prompted to the action box, select to only save the downloaded file in the Downloads folder.

After downloading the installer file, execute the following command to extract the downloaded package:

To start the installation process:

Now select which package of Eclipse you would like to install currently. You should select the package depending upon the language you will be programming. 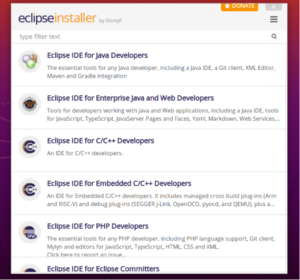 Choose the OpenJDK version and the folder destination for the files to be installed. Now click on the Install button. 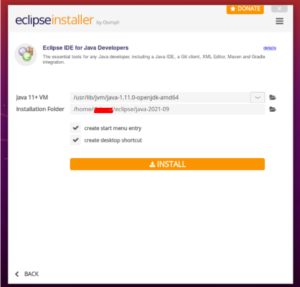 Once the installation procedure is completed, your job will be of clicking on the Launch button. 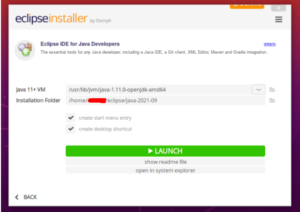 If you wish to create a desktop icon for Eclipse on Ubuntu, execute the following command:

Now paste the following script in the file:

After saving the previously made changes, you also need to make the desktop icon applicable. For that, use the following command:

Right-click on the newly created Eclipse desktop icon and select Allow Launching. Afterward, you will be allowed to launch the software directly from your Ubuntu desktop. 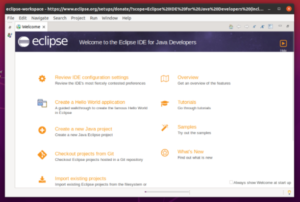 That’s all, thanks for your time spent reading How To Install Eclipse on Ubuntu at it’sDailyTech. 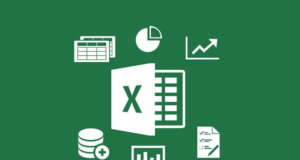 Unprotect Excel Sheet and Workbook: With or without Password