Dictation on iOS 16 is a game changer in the smartphone operating system. It seems like Apple realized only looks don’t matter in a technological product, unlike Humans!

In the past years especially after the iPhone XS Max, we saw many changes that Apple has made and innovated in every new model.

Here are some of the iOS 16 main features which every iPhone user having a model above iPhone X must try. Some of the noteworthy features of iOS 16 are written below.

Those were the first device that introduced the transcribe feature. Through that feature, we were able to switch between typing and speaking easily. Whatever you want to make your device listen it will present you the same in written form.

With the iOS 16 latest feature arrival, the Google Pixel 6 and 6 pro monopoly in auto transcribing is over, but credit still goes to them.

Many new iOS 16 users don’t know much about the Dictation feature. So, we want to make it in access and acknowledge to our every viewer who is using iPhone.

iOS 16 allows you to seamlessly switch between typing using your voice and using the keyboard, which no longer disappears when you start dictation.

It will take care of the punctuation itself, so there will be a zero chance of mistakes unless the feature heard any word wrong or pronounce wrongly. You can go back and edit the previously written text using your voice and add emojis.

How to switch between keyboard and dictation input Whenever you select any text field while using iOS 16 the keyboard will remain on screen. This feature allows using of both touch and voice input methods in the search field concomitantly. The good thing you don’t need to compromise any of the input for the other one.

Switch between Keyboard and Dictation The first step to start dictation is, Tap inside any text field to view the keyboard. Afterward, tap on the Dictation icon located at the bottom of the keyboard.

Move the cursor freely in the text field where you want to use touch input, Now use the keyboard to make necessary edits or additions.

When you want to start vocal input again, It will not turn off Dictation automatically. Just start dictating without needing to perform any additional actions.

Tips and Tricks for Dictation on iOS 16 – Feature in iPhone

Here are some useful tips and tricks which you will love to try on iOS 16 Dictation feature.

The best way to experience a truly hand-free practical with dictation is using the Siri – the best voice assistant in the world. Wake up the Siri on your phone using the “Hey Siri” command. When the assistant will launch and prompt on the Siri-supported app, Just to make you understand better take the example of Notes in iOS. You can prompt Siri to “Start a Note” and continue in the text field with voice input after turning on Dictation.

You can input emojis from the iOS 16 keyboard on the dictated text. Emojis are the best way to describe the tune of the written text. Just tap on the text where you want to insert the emoji, tap on the emoji icon on the keyboard and enter the emoji you want.

Improvements made in Dictation on iOS 16 help us in distinguishing fundamental input demands without using command words like “insert ”. For example, you can insert a punctuation mark or symbol into the text by simply speaking the name of the symbol (Eg: dash, plus sign, equals sign; star symbol, etc). How to Turn Off Blue Light on iPhone & Android 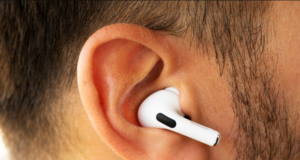