It’s never too difficult to handle activities on Discord, as all of its applications are developed with a friendly UI. A server administrator, moderator, and member can perform the desired communication-related activities, without having to follow any extra hassle.

Read: How to Stream Netflix on Discord

Even with millions of fanbases, Discord isn’t free of flaws. It can lag at times when you haven’t cleared the related junk files. As such files are only made available to help users launch the application instantly, they also get expired when they are not removed from the perspective servers.

How Do I Clear Discord Cache?

Users are required to perform the process to Clear Discord Cache on every device. If they are using this application on computer and mobile, they should keep the app’s cache cleared. That’s why I have decided to deliver the methods of clearing Discord cache on Windows, Mac, iOS, and Android devices.

On a Windows device, users are required to get to the folder destination where all the cache files are stored. From there, remove the Discord folder. Here’s the step-by-step procedure to complete this task: 1. Press the Win + S keys from your keyboard.

2. Type %Appdata% inside the search bar and open the recommended folder.

4. Delete the following folders from the system:

5. Now, relaunch Discord to open it faster than before.

Individuals are required to go to the support folder, where Discord files are stored. Because only from there, they can move the cache files to the trash.

2. Hit the Go button and select the Go To Folder option.

4. Move the following folders to the trash:

If you are an iOS user, you don’t exactly have the option to clear Discord cache. Instead, you need to offload the app, which will remove all the app data from your iOS device. So the next time you launch the app, the newer data will be installed on your iPhone or iPad.

1. Launch iOS Settings and navigate to the General tab.

2. Tap on the iPhone Storage section.

4. Tap on the Offload App option.

The beauty of Android OS is that it would allow you to remove the cache memory of all the built-in and third party apps. You just have to use App Settings to complete this task.

2. Long-tap on the icon of Discord and select the App Info option.

3. Navigate to the Storage tab.

4. Tap once on the Clear Cache button.

Another way of getting into the Discord App’s menu is by navigating to the Settings >> Apps >> Discord. From there, select the Storage section and hit the Clear Cache option.

What happens when you clear Discord cache?

Whenever you remove Discord’s cache files from your system, the app starts to respond quickly to your requests. Because now, it doesn’t need to consult with the junk files to provide a smooth launch. Also, it wouldn’t be of any danger to your device and account’s privacy.

Why is Discord taking so much memory?

One main reason Discord takes so much memory is its bulky cache memory. So it’s your job to clear the Discord cache manually. There’s no harm in removing the cache data, as it only contains junk files, which you are allowed to remove at any instance.

That’s all, thanks for your time spent reading How to Clear Discord Cache, at it’sDailyTech. 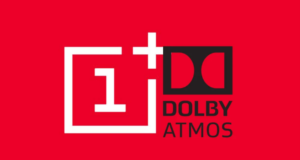