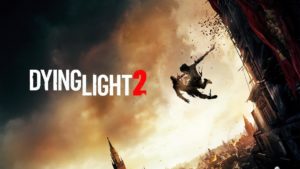 Dying Light is the sequel to the previous game, it offers a co-op multiplayer mode so that players can compete with the monsters together with fewer complications. New strategies and characters are introduced, so players can learn new skills to survive in the zombie world.

There have been complaints from various players that they are unable to launch the game, whenever they start their gameplay, a black screen is delivered on the interface. So if you are a victim of this in-game error, consult with the following section.

How Do I Fix Dying Light 2 Black Screen on Launch?

Two main scenarios need to be considered to Fix Dying Light 2 black screen on launch. Because this error can be triggered due to compatibility issues or misconfiguration. Or, it can be due to faulty game files. That’s why by considering such scenarios, I have written workarounds to bypass this black screen issue.

Players need to make certain customizations before launching Dying Light on their computers. They need to ensure that the game’s getting the right amount of resources to launch and some problematic functionalities are disabled.

Some applications keep running in the background while you are launching your Dying Light gameplay. So if you are playing this game on Steam, you should disable the Overlay facility, so that your game’s resources aren’t interrupted.

In case you are troubled by low FPS or slow performance during gameplay, you should consider ending the unwanted processes. Because some background processes can intercept the game’s or launcher’s files. So it’s better to only keep the nesscary ones enabled.

Another workaround that helped lots of Dying Light 2 players is using the shortcut keys to enable the fullscreen and windowed mode. This action is quite helpful, because it customizes the display modes, allowing the system to force enable the full-screen mode.

In that case, while facing Dying Light 2 Black Screen on Launch or Ending, keep pressing the Alt + Tab keys simultaneously. After shifting from fullscreen mode to windowed mode, press it one more time to again enable fullscreen.

It’s possible that you are only facing this issue because of the corrupted game files. In such a case scenario, you should try repairing the game files:

Players should always keep the system OS updated to the latest version. Because it’s the best way to update the system files like graphics drivers, Microsoft C++ Runtime, and DirectX.

That’s all, thanks for your time spent reading ways to fix Dying Light 2 Black Screen on Launch, at it’sDailyTech. 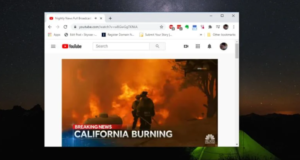 Roku Web Browser: How To use Internet Browser on Roku