The issue seems to be with the devices after the deep analysis. Here are some DIY techniques to fix COD Modern Warfare 2 Beta Stuck on Loading Screen.

Users need to consider various possibilities for the COD Modern Warfare 2 Beta Stuck at Startup issue. Because in that case, they need to consider that the game Client or game’s files are corrupted, or the operating system isn’t responding correctly.

So by considering such possibilities, I deliver some troubleshooting solutions.

Here are the fixes to solve the COD Modern Warfare 2 Beta Stuck on Loading Screen. These solutions are enlisted according to their potential so, follow them by sequence.

It would be better to check the current health of your system and the hardware attached to it. So that if your figure any disability in the hardware, you can simply apply the required changes to restore your system.

. Type dxdiag inside the box and press Enter.

. Navigate to the following tabs to check your system’s health: System Display

In case you are not notified about any errors or corruption, move on to the next method.

On various occasions, the game’s unable to load because of the inability to launch the required process. In that case, you need to launch it with administrative privileges, so its resources are not blocked by your system.

. Right-click on the executable file of COD Modern Warfare 2 Beta and select Properties.

. Navigate to the Compatibility tab and check the “Run this program as an administrator” box.

In case of game file corruption, users should verify the integrity of game files. So they fix any COD Modern Warfare 2 Beta stuck or freezing issue on Steam.

. Go to the Library section on Steam.

. Go to Local Files and click on “Verify Integrity of game files”

Steam Overlay can spend more resources than expected. So while you are troubled in launching the gameplay, you should disable it for good.

. Navigate to the General tab from the game’s properties.

. Relaunch Steam on your PC.

This issue may occur due to incompatibility issues. So to resolve such problems, you should consider launching the game in Compatibility Mode.

. Right-click on the COD Modern Warfare 2 Beta.exe file and select the Properties option.

. Go to the Compatibility section and select the compatibility mode box and choose your preferred operating system.

. Click on the Ok button and relaunch the game.

A game like COD Modern Warfare 2 Beta requires high-end resolutions and support to the latest build of graphics drivers. So users should keep their device drivers updated to the latest version.

. Right-click on the GPU device and select Update Driver

Some glitched game junk files can be problematic and cause trouble. Players need to Delete the cache files of the game to get rid of the junk that’s causing the trouble.
Press Win + E keys.

. Go to the Documents folder from the left pane.

. Right-click on the Cache folder and select the Delete option.

In case the aforementioned solutions are of no convenience, you should consider reinstalling the game on Steam.
From Steam’s interface, go to the Library section.

. Confirm your action and relaunch Steam.

That’s all, thanks for your time spent reading ways to fix COD Modern Warfare 2 Beta Stuck on Loading Screen at itsdailytech.com 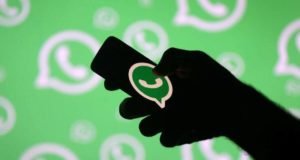 How to Delete Course Hero Documents [2022]