The largest social media network world has ever seen is Facebook without question. The monthly 2 billion active users! no other social network comes even closer to Facebook holding the record for more than a decade.

Meta inc is in a bad situation recently, they faced the biggest financial loss ever in the history of more than 250 Billion USD just in a single day. The such loss affected the overall performance of the company. Now they are dealing with the FB issues.

They launch an update to fix one issue and another issue arises later. There are a lot of bugs and fixes being reported these days. For example, millions of FB users previously complained about their Facebook watch not working! not playing videos! Can’t log in to FB.

Facebook fixed those issues in an update but another error occurred with it. Below you can see some people complaining about can’t log out of Facebook. People in the comments section are not telling the same.

While searching on Twitter for users who are also facing the same issue, we found many of them. Even one person was furious that he said “You people are getting on my nerves”

@facebook Its been a few days now since many, many people are unable to logout. Some of us have more than 1 account- personal and business. We need to be able to log in/out of both. FIX THIS

Yo @facebook you guys have been getting on my nerves lately with the constant problems. I want to log out but I can’t ’cause the dropbox won’t drop and I get this. Fix this! pic.twitter.com/dRg07tyrh8

My facebook account is
[email protected] not logout before a week and I am trying to lot of times for logout but not logout so please SIR @Zuker_Burger reslove my problem and protect my account.

These are some of the users. We realized the issue as a few of my team members were facing the same. So, we tried some solutions by ourselves. The issue is global so we can’t guarantee that your FB logout issue will get resolved. But, if you are lucky enough then maybe you will succeed.

The famous website tracker Downdetector also showed a spike in the reports graph showing that a lot of users have complained about Facebook.

This method involves your computer and browser. You need to launch a browser on your PC and visit Facebook.com. From the Facebook website, you can simply log out of all devices on which your account is signed in at the current time.

Launch Google Chrome on any other browser of your choice on PC.

2. Once signed in, Click on your profile icon at the top right edge. 5. On the Left Pane, click on Security and Login Option.

7. After the menu is expanded you will see the Logout of all sessions option, click on it.

8. A confirmation popup will appear asking you “Do you surely want to log out of all sessions” Click on Logout to Confirm.

Do Restart your device Help?

Some of the users are saying it helps. He said when he restarted the phone he logged out of Facebook later without any problem.

Other people shook their hands in No. As they said nothing is helping them out and they are waiting for Facebook to respond on this issue. Maybe another Facebook update is coming soon.

Again there are also mixed views about the uninstalling and reinstalling technique. In some cases, this trick is working and in other times it doesn’t work. For example, a user asked the guy. “I am having the same issue, Did uninstalling fix the problem?  The guy replied Nope! when I logged in again, it continued, Guess, I will wait for an update. 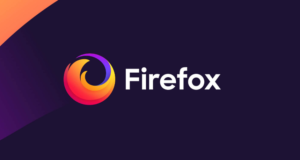 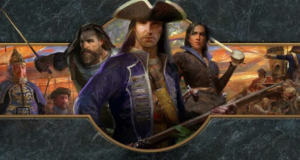 How to fix Age of Empires Stuttering or Lagging issues