People say that media channels and television turned our planet into a global village. We have a bit of disagreement here, the television networks spread the News of one country to another but that’s not the communication. When we say Communication, it means saying, expressing, writing, voice, video calling, and much more. Social Media Apps are the one that makes our world a Global Village. The communication that takes weeks and months to be successful now takes less than a second. 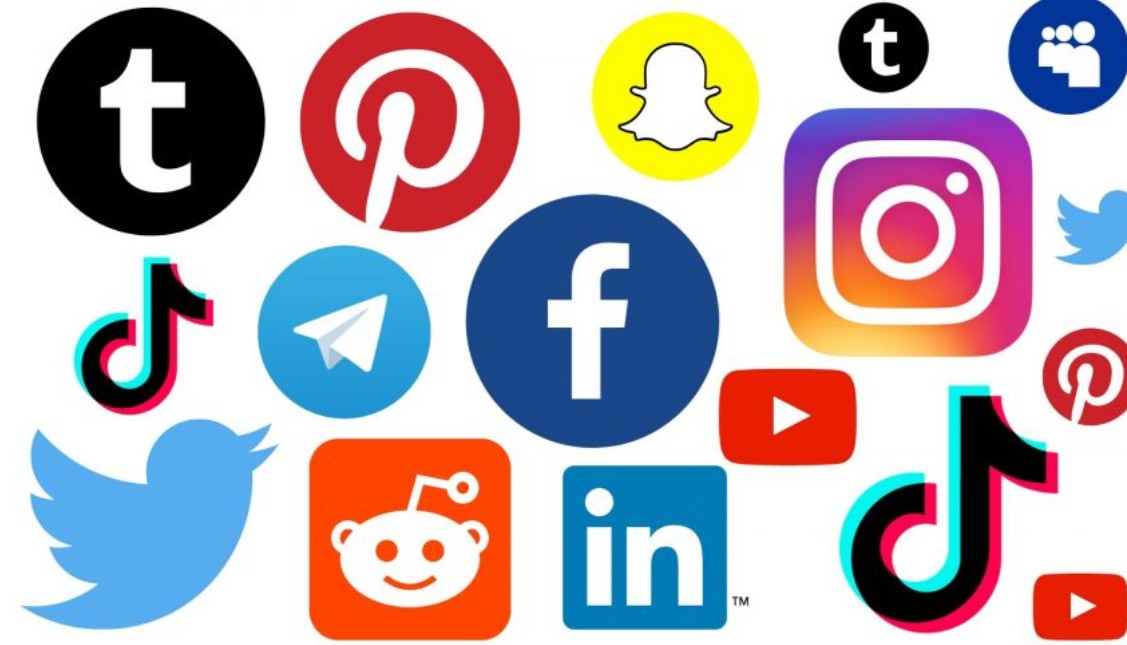 Here we want to thank MSN Messenger, Yahoo, and Facebook developers as they were the ones to bring the communication revolution. If they were not there at that time, we will not be able to communicate with each other like the way we do it right now. Now if we talk about the social apps that are popular working and at least 1 million active users per month, they are nearly seven hundred in quantity. You know not all goods are best, neither in the service quality nor in the worth using.

Today, we are going to enlist the top social media apps of the current era. These social media apps are ranked according to our personal experience, likeness with some mixture of user’s review and ratings and some toppings of facts & stats.

Social media can be a valuable resource for small businesses, as well as larger ones. It’s a great way to connect with current customers and potential customers. The most successful social media campaigns are organic and authentic, using real people in the images and engaging their followers in conversation. There are many different social media platforms; Facebook is one of the most popular – boasting over 1 billion users! 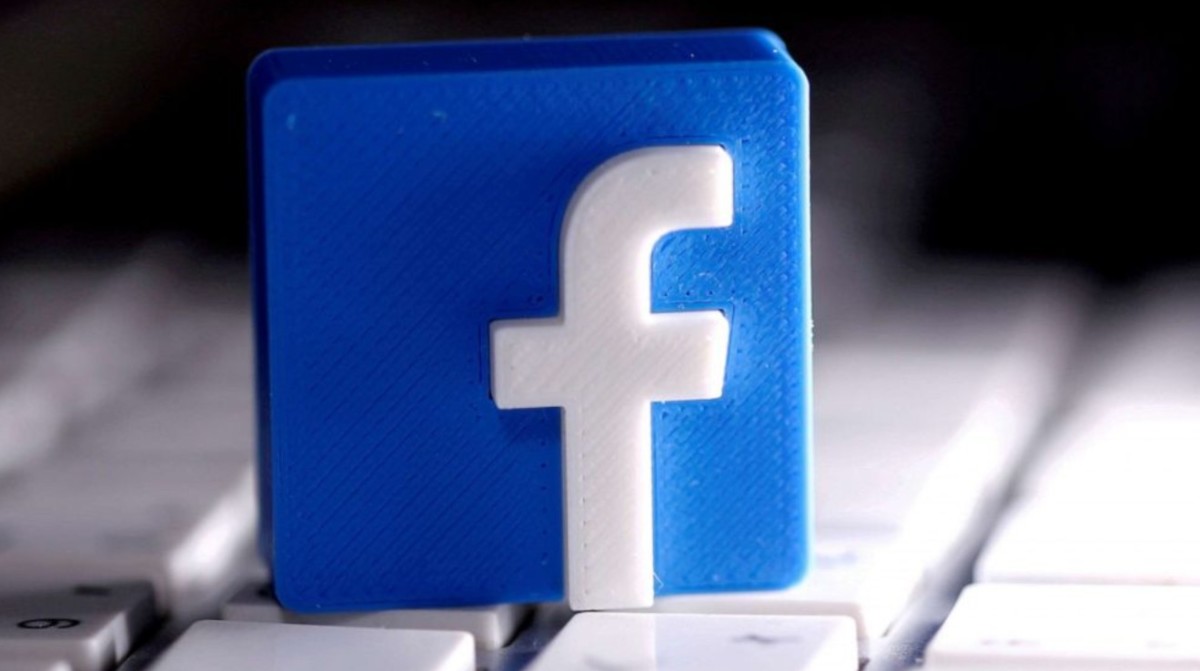 Facebook, the world’s largest social networking site, is an essential part of many people’s lives. If you’re trying to get your business in front of more eyes on Facebook, you can use a variety of methods and tools to do so.

The first five years of Facebook’s existence were a bit bumpy. Various privacy issues and management shakeups plagued the company and many Facebook users left in protest. However, Mark Zuckerberg knew what he was doing all along.

Today, Facebook is the most popular social media platform with 1.86 billion users – more than a quarter of the entire human population. In 2017, it took home $40 billion in ad revenue alone – more than Google and Twitter combined!

Facebook has become a virtual town square for people across the world to connect with their friends and family.

Instagram has grown to a community of over 1 billion users. With such a large amount of users, your brand should be active on the platform. As brands continue to grow and evolve, they can leverage the Instagram features to their advantage.

Over the past few years, Instagram has evolved into a go-to platform for visual storytelling. While Facebook and Twitter are used to communicate with followers, Instagram is where you share your life with them. The most popular brands on Instagram have mastered their posting strategy, and use it to engage their audience. 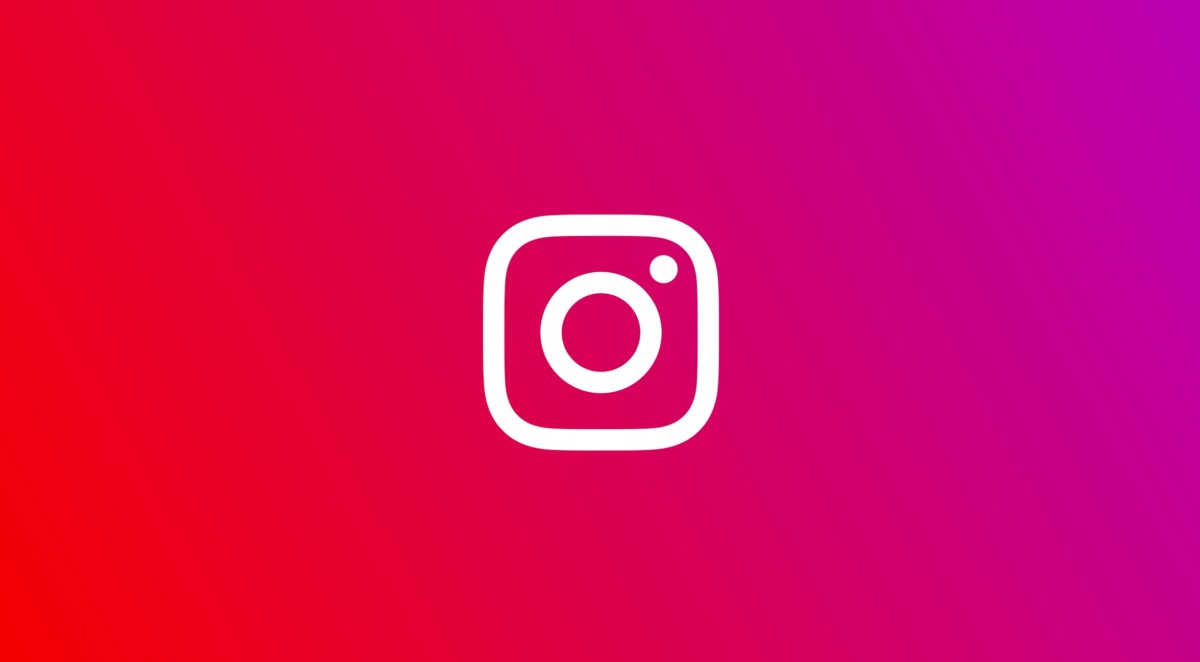 There are multiple benefits to using Instagram for your business, but you should be aware that there are also pitfalls. Some brands are taking advantage of users who don’t understand how the platform works.

Instagram is now one of the most popular social networks, and it’s growing by leaps and bounds. It’s also an excellent platform for creating your own brand voice while connecting with other users in a visual way.

Instagram is used by millions of businesses, including NASA and Nike. It’s used for marketing, to build brand awareness, for customer service, and for employee engagement.

The best way to get started on Instagram is to spend some time figuring out how to use it effectively. This means learning about how to grow an audience.

Twitter is one of the most popular social media sites on the internet. It allows users to connect with people, brands, and celebrities using short updates called tweets.

The site and app jointly have over 300 million active users and it is growing every day! Twitter is where news breaks first, trends start, and public opinion begins. Small businesses can benefit greatly from a strong presence on Twitter. 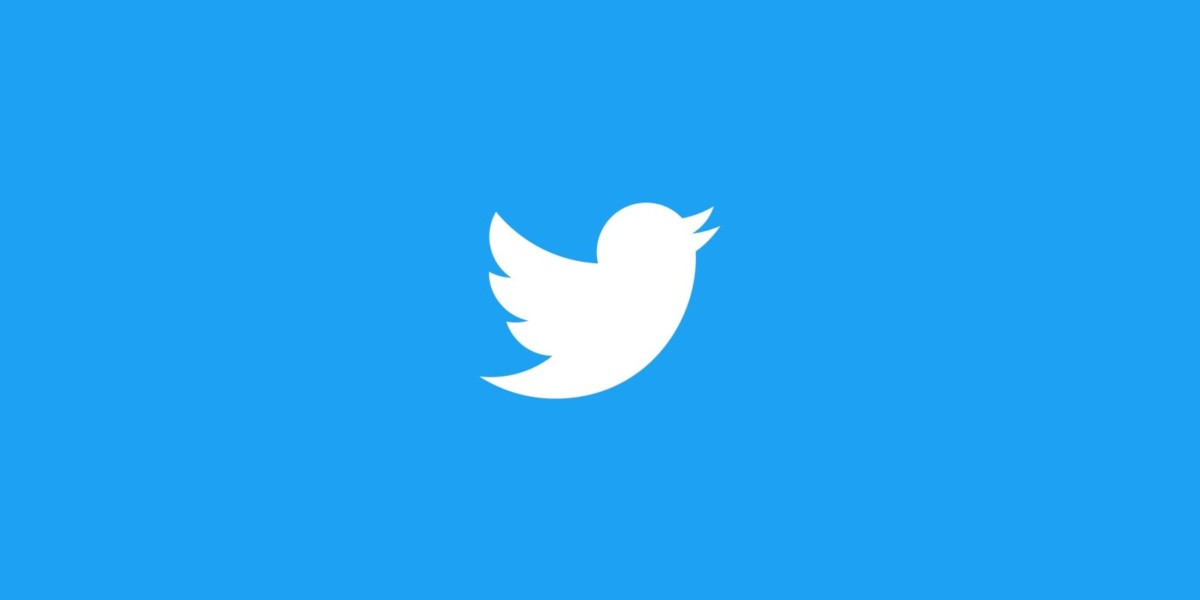 For instance, the famous fast-food chain Wendy’s had a successful social media advertising campaign in 2016. They turned a simple tweet into an opportunity for a major comeback after being attacked by competitors on Twitter. The company also launched a premium service known as Twitter Blue.

Twitter is often overlooked by small businesses, but it can be a powerful marketing tool. This article will teach you how to use Twitter to market your business.
# The first step is to create an account.
# You should then take some time to get familiar with the platform and its features.
# Once you understand how Twitter works, you can try different strategies to increase traffic and sales to your website.

LinkedIn is a great app for networking, but it also has several other uses that both entrepreneurs and individuals may not be aware of. Here are a few examples, along with some great tips for efficiently using the platform. 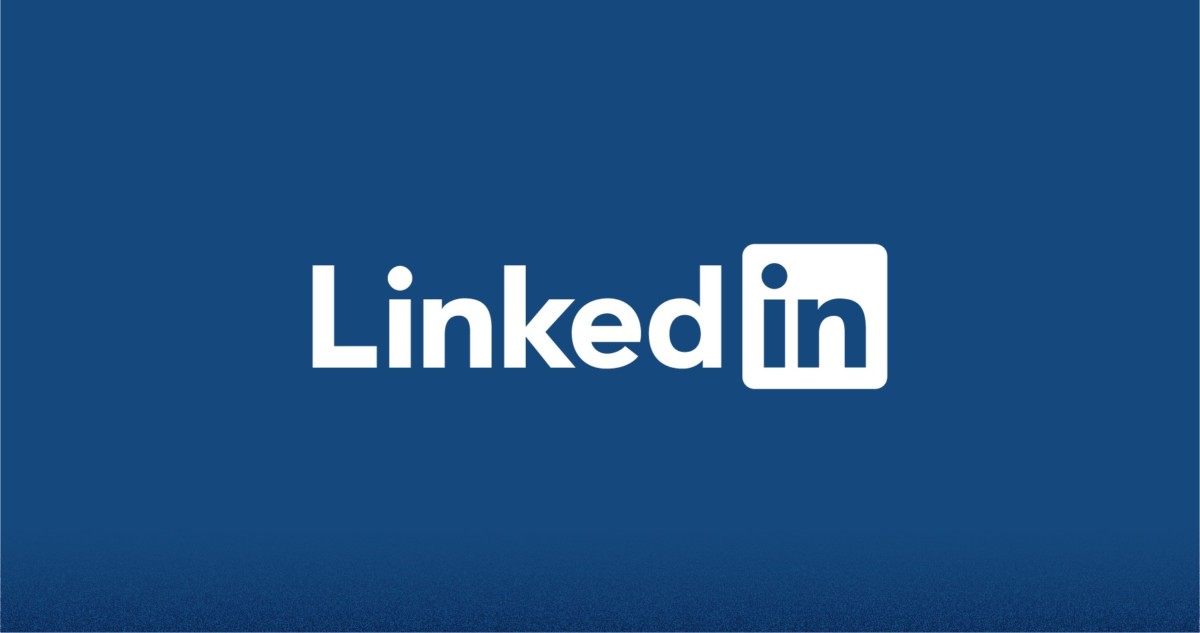 1. Use LinkedIn to find job opportunities.

You can find jobs on LinkedIn by searching for companies that interest you, or by connecting with recruiters and hiring managers directly. The latter option is a great way to get your name in front of potential employers without reaching out to them directly.

2. Use LinkedIn to look for industry contacts.

3. Use LinkedIn to find people within your industry.

LinkedIn is an interesting social media network because it is designed for business use.

If you are looking to build your network, you can join groups on LinkedIn that relate to your industry. This is a great way to connect with new people and find like-minded individuals. You can also post questions and get feedback from others in the group.

Your company needs to have a LinkedIn company page that you interact with daily. This will help you grow your connections and build relationships online. You can even post job openings.

It has become one of the fastest-growing social platforms in the world. Now, with over 347 million active users, it’s a great way to get your brand in front of a wide audience.

Snapchat is a mobile app that allows users to send photos and videos to each other. The content disappears after a set amount of time, allowing users to share more freely than they would on other social media sites. Many brands have taken advantage of Snapchat’s popularity by creating accounts that provide behind-the-scenes looks at their products and services. 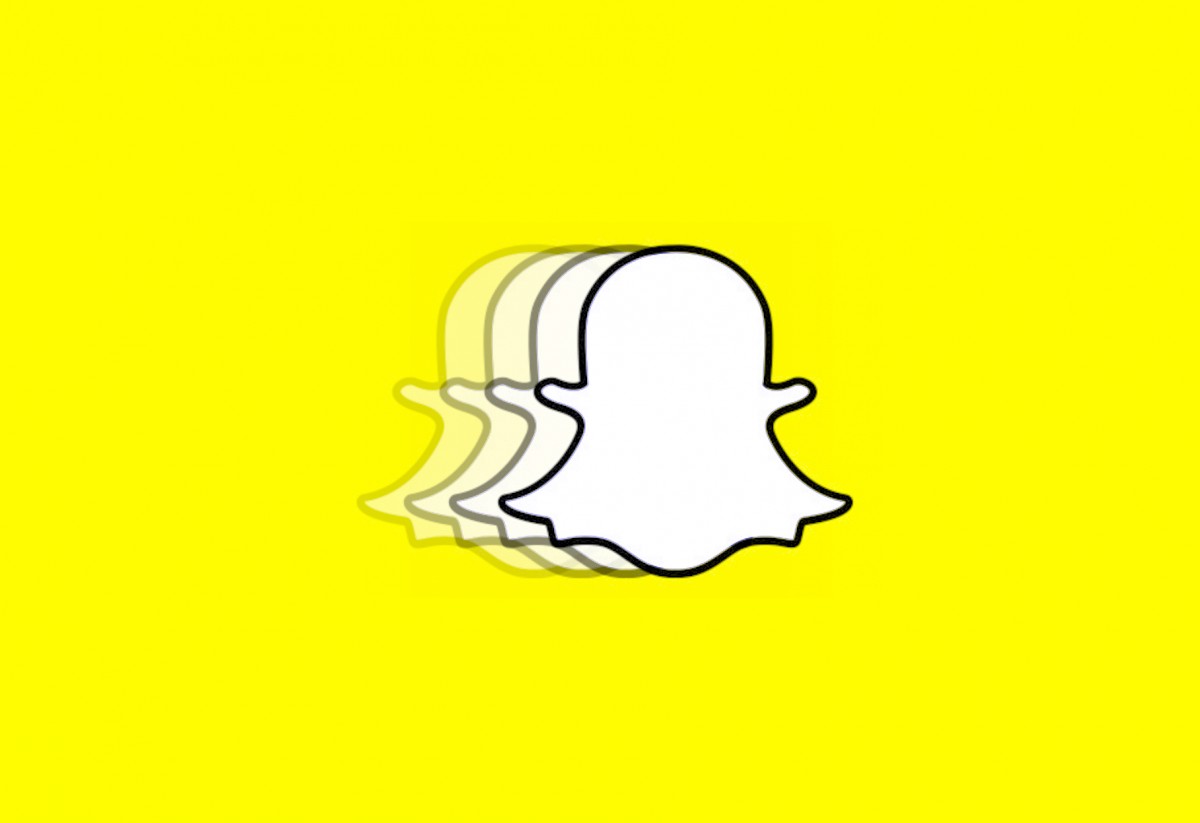 It is a popular social platform among people in the 18-34 age group. In fact, it’s the most popular social network among that age group. Snapchat’s “Stories” feature is its most valuable advertising tool. It allows advertisers to create an ad that is seen by millions of users for up to 24 hours.

Snapchat also has a unique “geofilters” feature that allows businesses to promote themselves with a sponsored filter. If you have a retail or restaurant-based business, this can be very useful.

The name TikTok might not ring a bell, but you’ve certainly heard the app’s icon. It’s that chirping sound that you hear on your social media timelines if you follow a brand or artist account. TikTok is a global video community where millions of creators use short videos to tell stories and connect with their fans. 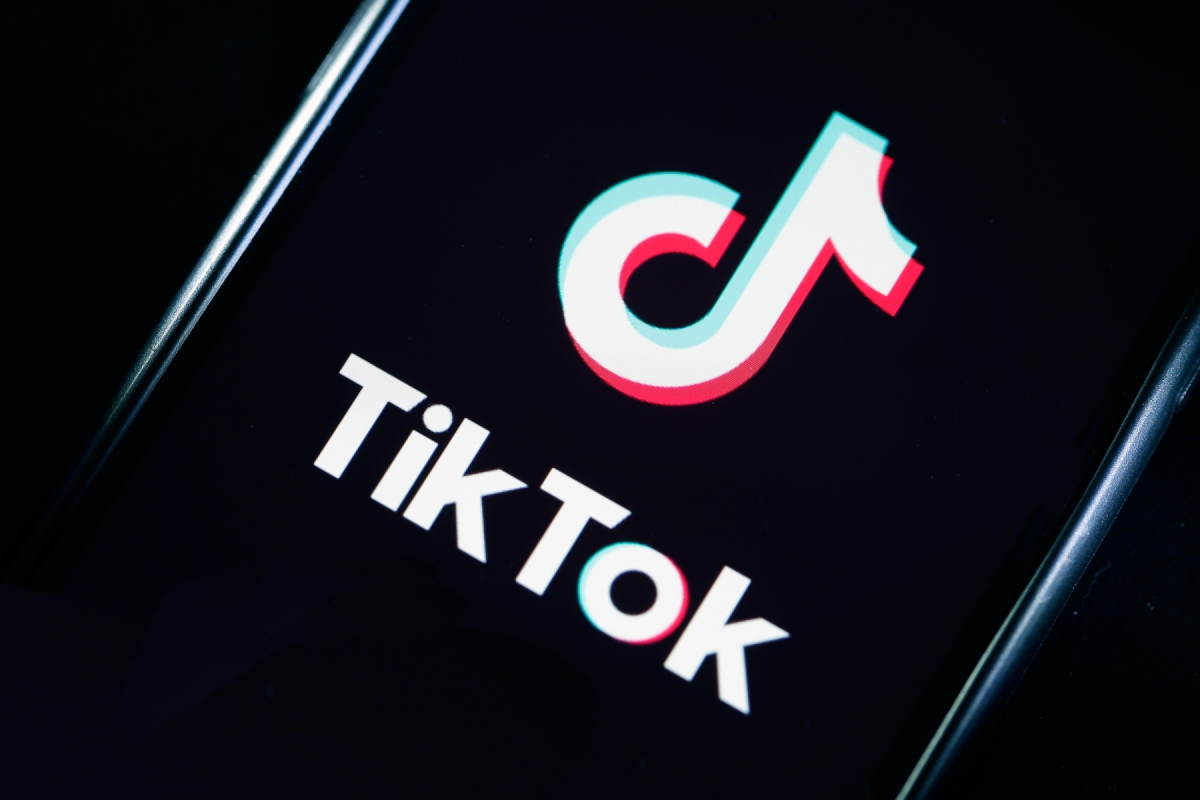 According to data from Sensor Tower, the app has been downloaded more than 1 billion times across Android and iOS devices. At its peak, it was listed in over 100 countries’ top 10 most downloaded apps, including the U.S., India,

Other Best Social Media Apps and Alternative to FB, Insta

Now here are some of the renowned and best social media platforms but not as good as the aforementioned ones. Also, the time that the average user spends on these platforms is many times less as compared to the ones in the upper section.

Reddit is a social news and entertainment website and app where registered users submit content in the form of either a link or a text (“self”) post. Other users then vote the submission “up” or “down”, which is used to rank the post and determine its position on the site’s pages and front page.

There are many ways you can use Reddit to drive targeted traffic to your blog. The first step is to find a relevant subreddit and then post your content there. Reddit is a great way to get traffic quickly, but don’t expect it to bring you long-term results. You will have a lot of visitors, but they won’t stay long. This kind of traffic should be looked at as an opportunity to engage with your target audience and convert them into customers.

To get the most out of Reddit, you need to use the platform often and be consistent.

Tumblr is a microblogging platform with a huge user base that is mostly made up of young adults. If you want to get your social media marketing campaign in front of this audience, you need to make sure that you have a relevant Tumblr presence. 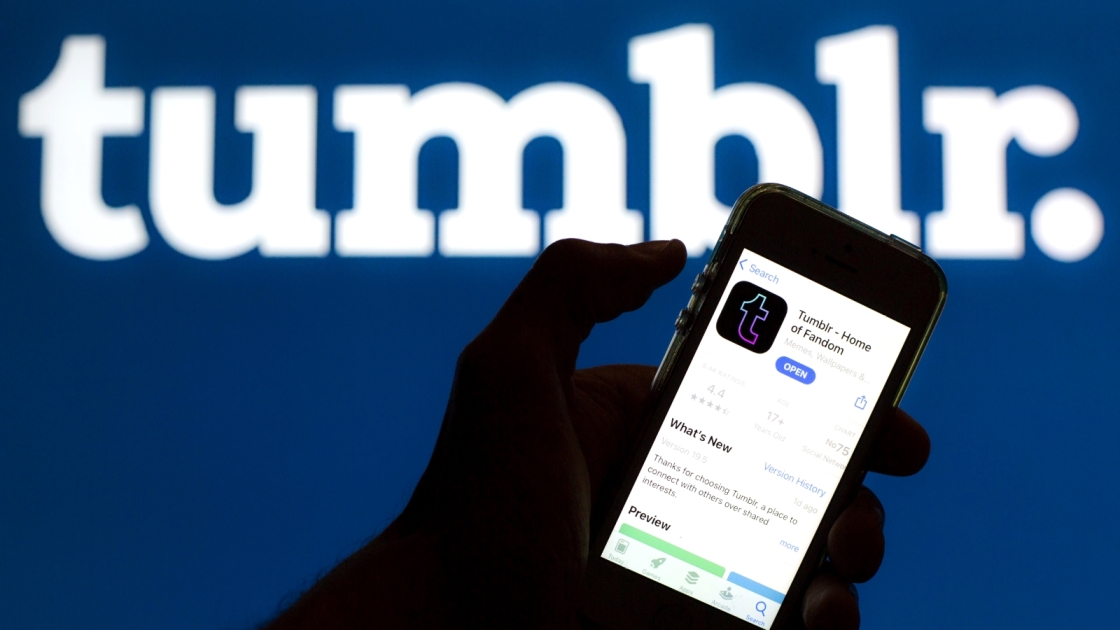 The first step towards creating an effective Tumblr account is to decide what your site will be about. It needs to have a clear theme or purpose that you can build content around. For example, if your brand sells skateboards and skateboarding equipment then you could have a Tumblr site that featured images of popular skateboarders and posts about the latest trends in the industry.

Pinterest is an amazing social media platform to share your boards and add a lot of value. One of the best ways to get traffic from Pinterest is through image-only pins.

To find interesting and eye-catching images, do keyword searches in Google Images for relevant terms. When you find a great image, pin it to one of your boards with the descriptive caption. 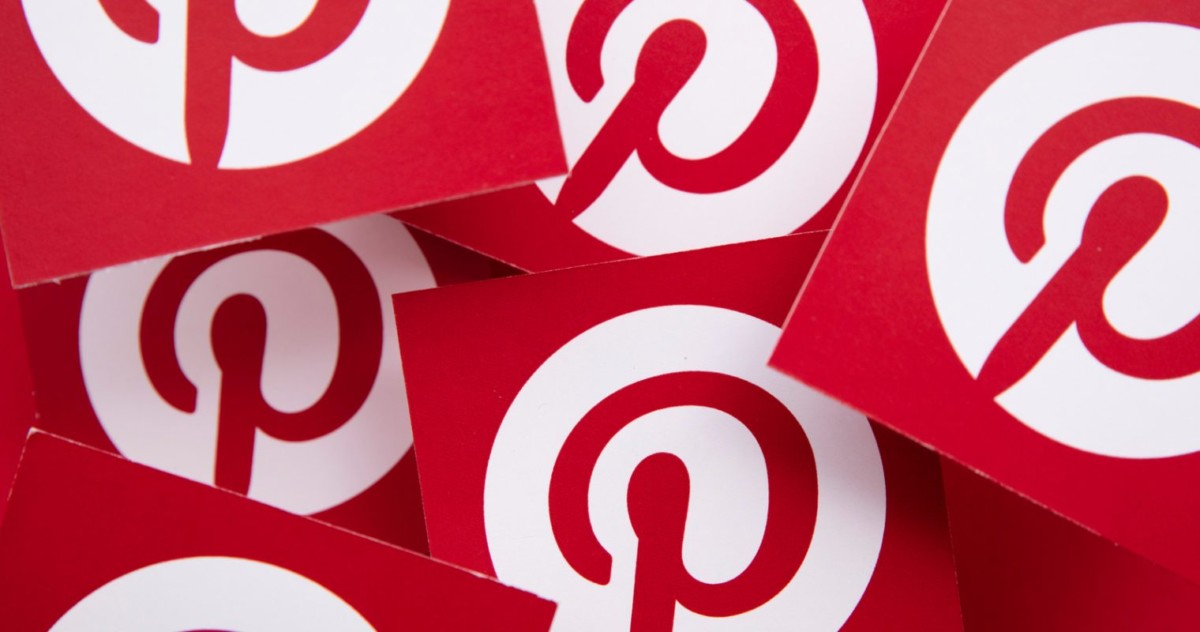 Pinterest is the fastest-growing social network in the world. It has more than 444 million monthly active users, and its growth rate is predicted to reach 30% by the end of 2016.

Pinterest is also a revenue generator for businesses that take advantage of using Pinterest for their online marketing. Businesses are able to set up a business account, which will allow them to monetize pins through promoted pins and sponsored pins. 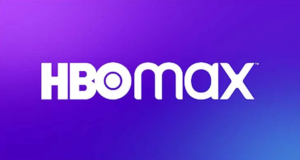 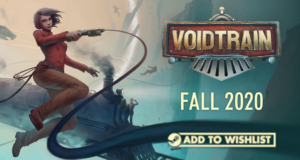 Is Voidtrain Coming to Xbox and PS4? or not!