We are enlisting the Best PS4 Zombie Games. Zombies are attacking on PS4! The PlayStation 4 has no shortage of great zombie games. In this article, we’ll take a look at some of the best PS4 zombie games that you can play right now.

PS4 users are lucky because they got more game compatibility than any other gaming device even far more than PS3. Usually, when we hear PS4 we hear the games like FIFA, Tennis, Need for Speed, Call of Duty, etc. But there is a massive amount of people who are more interested in Zombie Apocalypse games.

If you’re looking for a more light-hearted take on zombies, then Plants vs. Zombies: Garden Warfare 2 is worth checking out. This game is a third-person shooter where you play as one of several plant or zombie characters. It’s a lot of fun, and it’s perfect for gamers who want to relax and have a good time.

Dying Light is one of the best zombie games for the PlayStation 4. The game is set in a large open world, and it features a day-night cycle that makes the zombies more dangerous at night. The game also has a co-op mode so you can team up with friends to take on the undead hordes.

Dying Light is a survival horror video game developed by Techland and published by Warner Bros. Interactive Entertainment back in 2016.

The game’s story follows an undercover agent named Kyle Crane who is sent to infiltrate a quarantine zone in a Middle-eastern city called Harran.

The Last of Us Remastered

The Last of Us Remastered is one of the best PS4 zombie games. This game takes place in a post-apocalyptic world where society has been decimated by a fungal infection that turns people into zombies. You play as Joel, a smuggler who is tasked with escorting a 14-year-old girl named Ellie across the country to safety. Resident Evil 7: Biohazard is one of the best zombie games out there. It is a first-person shooter game that was released in 2017.

The game is set in the year 2017, and it follows the story of Ethan Winters as he searches for his wife Mia. Mia has been missing for three years, and Ethan finally gets a lead on her whereabouts. He travels to Dulvey, Louisiana in hopes of finding her. What he finds instead is an evil organization called The Baker Family. They have been experimenting with a virus that turns people into zombies. Ethan must fight his way through the family and the hordes of zombies to find Mia and get out alive.

Resident Evil 7: Biohazard is an intense and scary game that will keep you on the edge of your seat. If you are a fan of zombie games, then this is one that you definitely need to check out!

Days Gone is a post-apocalyptic game set in the Pacific Northwest. The player controls Deacon St. John, a former member of a motorcycle gang called the Mongrels. The game’s story follows Deacon as he tries to find a cure for the outbreak that has turned most of the world’s population into zombies. Days Gone features a large open world for players to explore. The game is set two years after the outbreak, and much of the world has been taken over by nature. Players will encounter different types of zombies, as well as human enemies, as they try to survive in this dangerous world.

Days Gone received generally positive reviews from critics. Many praised the game’s open world and variety of activities, but some found the game’s story to be lacking. However, fans of zombie games will definitely enjoy Days Gone and its unique take on the post-apocalyptic genre.

If you’re looking for a great zombie game to play on your PS4, then you should definitely check out Dead Rising 4. This game features intense action and plenty of gore, and it’s sure to keep you entertained for hours on end.

In Dead Rising 4, you’ll take on the role of Frank West, a photojournalist who finds himself caught in the middle of a zombie apocalypse. To survive, you’ll have to use whatever weapons and improvised tools you can find, and you’ll also have to rescue any survivors you come across. The game is set in the fictional town of Willamette, Colorado, and it’s packed with plenty of zombies to kill. You’ll also find a variety of vehicles to drive, and you can even use power-ups to give yourself an edge in battle.

If you’re looking for a fun and challenging zombie game, then Dead Rising 4 is definitely worth checking out.

The Walking Dead is one of the best PS4 zombie games.

The game is based on a popular TV show of the same name. In the game, you play as Rick Grimes, a police officer who wakes up from a coma to find that the world has been overrun by zombies. You must help Rick and his group of survivors to escape from Atlanta and find safety. The game is very suspenseful and thrilling. You never know when a zombie will attack, and you have to be quick to shoot them before they get too close. The game also has a great story, and you really feel like you are part of the group of survivors.

If you are looking for a great zombie game to play on your PS4, then you should definitely check out The Walking Dead.

The Resident Evil 2 Remake is one of the best PS4 zombie games that you can play. It is a remake of the original game that was released in 1998 and it features updated graphics, new gameplay mechanics, and a new story. The story of the game follows Leon S. Kennedy and Clair Redfield as they try to escape from Raccoon City during a zombie outbreak. The game is full of suspense and horror, and it will keep you entertained for hours.

If you are looking for a great zombie game to play on your PS4, then you should definitely check out the Resident Evil 2 Remake.

If you’re a fan of zombies and you’re looking for a great zombie game to play on your PlayStation, then you should definitely check out Zombie Army 4: Dead War. 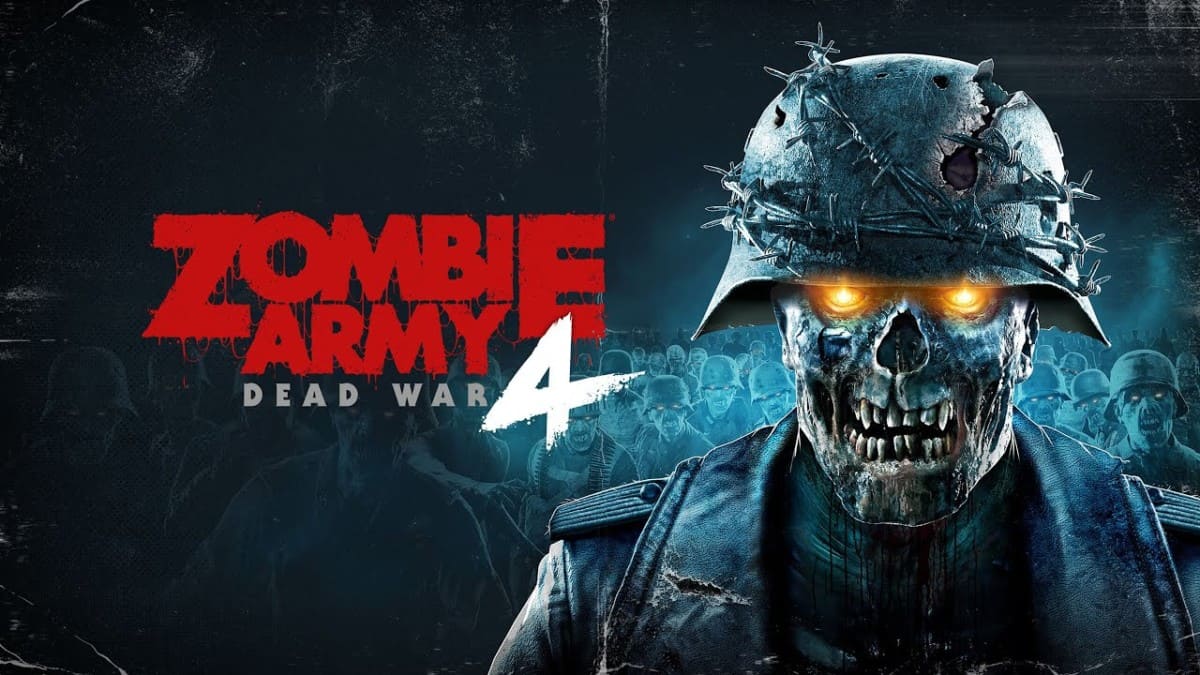 This game is intense and very challenging, and it’s also a lot of fun. You’ll have to use all of your skills to survive the hordes of zombies that are after you, and you’ll need to be very strategic in order to make it through each level.

The graphics in this game are fantastic, and the gameplay is extremely addicting. You’ll definitely want to play through the entire game once you start, and you might even find yourself coming back for more.

If you’re looking for a great zombie game to play on your PS4, then Zombie Army 4: Dead War is definitely worth checking out.

This was our ranking list of Best PS4 Zombie Games. We will update the list as we find more interesting titles. Thank you for visiting itsdailytech.com. Fix: The application encountered an unrecoverable error in FIFA 23