In NBA 2K23, everyone’s after finding the right attributes and advantages of becoming the strongest team possible. And that’s for sure only possible if you know the beeps and bells of the game. You should be aware of the right jump shots and the right badges, that can help you improve your player’s performance.

However, there are four levels of badges, Bronze, Silver, Gold, and Hall of Fame. The more you move forward on the journey of becoming a famous hooper, the more chances you have of getting the right NBA 2K23 badge for yourself. That’s why, I’ve compiled a list of badges, to help you get your favorite badge, as per your requirements.

A good finishing badge that helps you in making a dunk from further. With its help, players can start their dunk attempts from farther out than others.

To help you make a dunk with more people’s heads without having to face any limits. It increases the chances of throwing a dunk on the defender.

By providing a good synergizing with pro touch, it allows you to strengthen your ability to absorb contact and still finish. Also, helps you in keeping a good energy level of your player.

If you have enabled Layup timing, you get a boost on your layups. It synergizes with the Fearless Finisher, allowing you to make layups without the risk of energy waste of your player.

For short players, it gives a boost for layups while meeting a taller opponent. It helps you in avoiding any blocks, caused by the taller players while you try to layup.

In Aerial Wizard, you get two badges in 1. It increases your ability to finish an alley-oop from a teammate. Also, allow you to put back and finish off an offensive rebound.

Helps you keep up with your energy and doesn’t allow the game to juice out your health. Eveperiodaking combos for a longer period of time.

Similar to Quick Chain in NBA 2K22, it improves a player’s ability to chain together efficient dribble moves when sizing up their opponent.

Allowing players to go faster, when driving out of triple threat or after a size-up, ball handlers have access to more effective launches.

To allow players to protect themselves from high steal, made specifically for defenders who are having a tougher time poking the ball free with their steal attempts.

A very important badge in NBA 2K23 is Ankle Breaker. It is available to help players in situations like when performing stepbacks and other certain moves, the defender stumbles or fails more frequently when biting the wrong way.

With two badges in 1, Special Delivery increases alley-oop throw success and shot chance for receivers after a flashy pass. Additionally, it enables the ability to throw alley-oops off the backboard.

A defensive badge with a good bump animation score. It made for Defenders to have access to quicker cut-off moves and are more successful when bumping or hip riding the ball handler.

For stealing basketball easily, Glove increases the ability to successfully steal from ball-handlers.

To keep up safe gameplay, Ankle Braces lower the likelihood of getting ankle-broken by opposing dribble moves.

Best known for blocking shots, Anchor increases a player’s ability to block shots and protect the rim at a high level.

With 3 abilities in 1 badge, Brick Wall increases the effectiveness of screens is tough to back down in the post and drains energy from opponents on physical contact.

For convenience in fading and dribbling, Agent 3 improves the ability to make pull-up or spin shots from three-point range.

Limitless Range extends the range from which a player can shoot three-pointers effectively from deep. A player should use it with the Agent 3 badge.

To make an S-Tier badge in 2K23, a player should use Agent 3, Limitless Range, and Blinders, together. As Blinders would help them in lowering their penalty after making a jump shot with a defender.

Another S-Tier badge is Clymore because it increases your ability to knock down perimeter shots when spotting up patiently.

For players who are not used to Adrenaline boosts, Amped reduces the penalty that fatigue has on a player and their ability to make shots.

Guard Up increases the ability to make jump shots when defenders fail to properly contest. It’s a good shooting badge to have in NBA 2K23.

That’s all, thanks for your time spent reading the list of Best NBA 2K23 Badges, at it’sDailyTech. 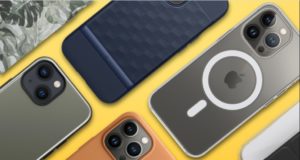