2K Games are responsible for keeping alive the NBA series among game console and PC players. Because every time, they introduce new characters and jump shots to make a player feel like he’s playing basketball in the upgraded arena. And that’s why the developers offer full in-game customization.

The game does not guide some things, a player has to make the right decisions to make his jump shots worth it. In that case, he must choose a jump shot with a good base and a high timing grade. Because only then, he can defeat his opponents in the arena by making a jump shot that can’t be stopped.

Players can customize their NBA 2K23 Jumpshots by selecting the Jump Shot Creator from the Animations section. They can choose the lower/base, upper release, blending, and release speed, as per their requirements. Though, they should be aware of the best jump shots, to make the most out of NBA 2K23.

First of all, you need to set the animation blending to 1 release and maximize the speed. Because only then, you will be able to play around with bases. And the first base is the Clyde Drexler, which gives you A- on the board.

Penny Hardway provides the highest green window for timing impact of A+, it gives players a chance of making a jump shot, without having to care about the height and speed.

If you are willing to get a good immunity, speed, and timing impact, you should go with Shawn Marion. With this jump shot, you will only have to sacrifice the Release Height. But it’s totally worth it.

Clyde Drexler 2.0 is the best jump shot for you. Because in it, you get the highest rates possible in every shot and attribute. But you have to qualify for it by making a mid-range or three-point shot of 88 or above. So if you get it, you come too close to bieng the boss of the arena.

That’s all, thanks for your time spent reading about the Best Jumpshots in NBA 2K23, at it’sDailyTech. 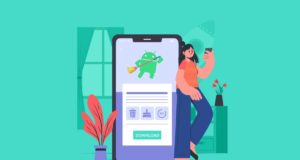