It’s hard to find a good boxing game on PS4. But thanks to platforms like Amazon and eBay, users can now find their favorite PS4 game titles without having to perform much hassle.

Another great thing about these e-commerce stores allows one to acknowledge the right description of the games, and the reviews from people who bought the product recently.

However, it’s hard to find the right game, when you are only into finding the right boxing game for PlayStation 4. Because then, you wouldn’t want to waste your money on products that are not worthy.

I have narrowed down the list of best boxing games for PS4, which you can purchase from the official PlayStation store. The purpose of providing this list is to help those players who haven’t yet got the best knock-out game and still looking for an enjoyable boxing game.

Punch Club comes with a combination of boxing with part sims and part bad dudes. It’s the best option for retro fans, as it is kind of old-school with beat-em-up games with lots of simulation fun.

It’s not just some ordinary retro game, in which you are only required to fight the bad guys for a title. Because in here, sims are fighting to get revenge on bad guys who are responsible for the murder of their father.

So your duty in the game will be to help them get trained, so they can defeat the bad guys in the arena. Once the sims get their revenge, you become their godfather and get to be one of the good guys.

As the game is available for Windows, macOS, Android, Nintendo Switch, Xbox, and iOS, players can also get their hands on the PS4-compatible version.

Pato Box comes with a different point of view on human evolution, that’s creatives. The character you get in the gameplay gets evolved by a duck and still has a similar ducky face.

To more you punch out people in front of you, the more you evolve. So if you want to be successful, you will have to keep punching the people that come in between your journey of becoming a ducky bieng.

The whole interface of the game’s in black-n-white, but it’s quite interesting that you get to be the duck who has the potential of fighting with every obstacle.

UF4 is the latest EA Sports MMA fighting game for PS4. It is developed with all the famous characters, who are popular because of their expertise in mixed martial arts.

In this game, you are not only punching your opponents but also using your martial arts skills and tactics to defeat them. With that said, you just have to pick a character, which you prefer and let the system choose a worthy opponent.

To be successful, you have to be quick, because it’s hard to defeat an opponent with mixed martial arts. Because now, your opponents are way too quick, so you have to be either fast enough or strategic, to defeat them.

Knockout League is an arcade-style boxing game, that’s famous for its visuals. One would definitely love the way his opponents and his character would react in the boxing arena.

Different characters resembling the pirated styles are added to the game, one of which is the octopus. Each-n-every character comes with his unique ability to fight the opponents, which makes the game even more interesting.

One thing about Knockout League is that it also helps you in grooming your boxing skills. You can first go to the beginner classes and learn about the fighting skills of different characters, and then, choose the one you find helpful

Well, who doesn’t likes to punch drunk people, who are only irritating the beautiful bartender? In Drunkn Bar Fight, you will have to fight your opponents in the unsanctioned bar fights.

The person who gets to be successful gets to improve the bartender. But to be successful, you will have to fight hard, and knock down your opponents by throwing lots of punches.

An indulging point about this game is that it also allows you and your opponents to pick objects to throw at each other. With items like beer bottles and fire extinguishers, you get to defeat the bad guys with ease.

Creed is a VR boxing game based on the movie featuring Michael B. Jordan. The film also features Sylvester Stallone aka Rocky Balboa, so it can be a good game for the rocky fans.

In the gameplay, Rocky plays the role of teaching Adonis Creed, the son of a former boxer, who was badly defeated in the arena. So in Creed, you have to be box good enough to defeat your opponents.

It wouldn’t be a piece of cake for you to defeat the opponents, because most of them have more experience and good trainers than you. So you will have to use your boxing tactics to be victorious.

Quite similar to DOOM, Fight Knight allows you to be a knight who doesn’t have a sword to defeat the enemies but uses the power of his fists to beat them down.

You have to go through different dungeons and keep punching your enemies until you get to your destination. And you will be heavily awarded for punching the bad guys.

I know that Fight Knight isn’t exactly a boxing game, but it does involve lots of punching. So it can be considered one of the best boxing games for PS4.

Not specifically, but Olympic Games in Tokyo contains 18 different events, one of which is boxing. With this game, you get to choose your favorite country and get a chance to win the gold.

An intriguing fact about this game is that when you win a gold, the selected country’s anthem is played in the background. And the celebrations with fireworks are also enjoyable.

If you are a sports nerd, you would wanna buy this game. As it contains all the good games which are played worldwide. For instance, you can also be a runner or a swimmer in this game.

If you are bored with playing ordinary boxing games, Boxing Apocalypse is made for you. It allows you to enter space and compete with the aliens, and punch them as hard as possible.

Because in space, you will have to use your survival skills to beat up your opponents. It’s not quite easy to defeat the aliens with special skills, but it’s quite fun when you have fast-moving hands.

In Boxing Apocalypse, your main challenge is to defeat the big aliens and become victorious. You can only use your punches to beat them, so you better not waste your energy on anything else.

From scratch, BOXVR allows you to experience the real struggle behind becoming a boxer. It allows you to enter a VR world, where you have to work out and move forward in your boxing career.

Your opponents will try to harm you and come in your way of becoming a champion, but it will be your duty to find a way to be victorious. Else, you will be left on the streets.

While exercising, you will have the opportunity of playing music in the background. This will motivate you to exercise and struggle hard to be number one.

That’s all, thanks for your time spent reading the list of Boxing Games for PS4, at it’sDailyTech. 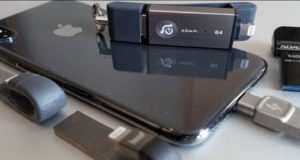 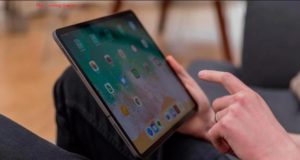 Best Cooking Games For iPhone & iPad To Play In 2022