The richest company in the world and one of the most luxurious technology brands Apple inc WWDC conference is going to be held in 2021. The conference will be online only due to the COVID 19 pandemic. The announced dates are 7 to 11 June which means just 2 days to go from now. It is expected that more than nearly 5000 to 6000 developers will attend this conference. The strength is low due to Corona.

On 7 June on Monday Apple WWDC will be held. The conference will be pre-recorded for the viewers or it can also be broadcasted live.

A little joke: In this conference, Apple usually discusses new additions, new software, new hardware, major and minor innovations of their device with the top-notch app/web/software developers. It helps Apple to improve its devices and software performances.

There are several ways to watch the WWDC 2021 keynote live, including:

Here are the excepted things that are going to the in discussion at the conference. I mean these are the obvious ones and most common because Apple have limited products either hardware or software.

As the Apple product users know that the ongoing version of iOS and iPadOS is 14.6 with the patch 14.6.1. It is expected that things are moving to the next series. Maybe 14.6 will be the last part of the iOS 14 series. Soon, users are going to put their hands on iOS 15 and iPad OS 15.

The statement is the expected NEWS, this is not the official statement. It’s just an assumption or prediction made up according to Apple past WWDCs.

The odds are high that Apple will also mention operating system updates for other Apple devices, such as watchOS 8 for the Apple Watch and tvOS 15 for the Apple TV.

Apple always plans to bring something new on every major series update. Like in the upcoming iOS 15 update Apple obviously will bring some amazing stuff. It is expected that the Apple Developers will discuss this matter with the other global top developers at the Apple WWDC 2021.

macOS 12 Update for Macbooks and iMacs

macOS current version is 11 also known as macOS Big Sur. Now Apple will discuss the macOS which releasing date is not announced yet. What they should do in macOS 12 and whatnot may be the point of discussion at the Apple WWDC 2021. Since macOS 11 featured a graphical overhaul, it is expected that macOS 12 will not be as dramatic of a leap as the one between macOS 10.15 and macOS 11.0.

The hardware of the new Mac

I don’t know this thing is related to the WWDC 2021 of Apple. This is the hardware thing that Apple Engineers and the innovation department designed their selves. Some authentic tech platforms are saying that Apple will also discuss the new Mac hardware with the global developer’s community at the Apple WWDC 2021.

Some of the aforementioned statements are from sources like howtogeek and MacRumors and some are our assumptions. According to the previously held Apple WWDCs these observations, assumptions, and rumors seem to be very much true. 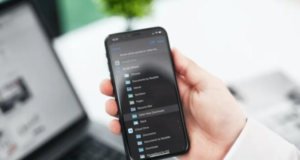 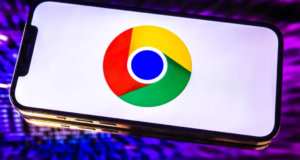 How To Autofill Google Chrome Passwords On iPhone & iPad